Beautiful Xinjiang should not be smeared by lies

Xinjiang is located in the northwest of China with 1.66 million square kilometers land area and 25 million population. It’s an autonomous region with the largest concentration of ethnic minorities. With magnificent scenery and diverse culture, Xinjiang is a wonderful land that tourists around the world yearn for. In 2020, Xinjiang received 158 million domestic and foreign tourists despite the epidemic. I have also been to some cities in Xinjiang before, and deeply impressed by the delicious food, cultural geography and hospitable people in Xinjiang. Many friends who have been there all have nice memories, and it’s just as a popular Chinese song has expressed, Xinjiang is a wonderful land. In a few Western media, however, we can frequently see lies about Xinjiang, most of which are incredibly ridiculous. Let me reveal the ins and outs of the lies about Xinjiang with basic facts and introduce a real Xinjiang. 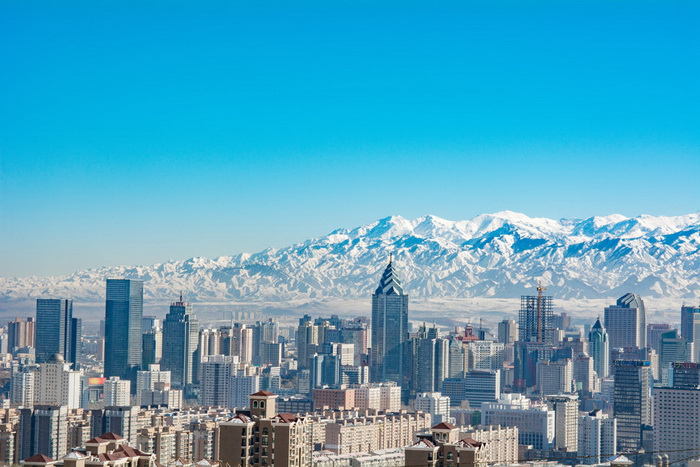 Those lies about “forced to work in cotton fields” are cooked up by some so-called scholars and the media, and then fanned by some anti-China forces. It’s extremely wrong and incredible that some enterprises believed the rumor and claimed they won’t use cotton from Xinjiang. I don’t know how they made their decision, but would like to share some basic facts. Firstly, agricultural production is seasonal and anyone with some sense would think such job opportunities as income rather than “forced labor”. Actually a few years ago when cotton matured, many migrant workers from various provinces would go to Xinjiang to pick cotton together with local workers, and their incomes could reach over 10,000 yuan in just a month. It’s quite a good thing. Secondly, as technology develops in recent years, 70% of cotton in Xinjiang is picked up with machines and manual work has been less. Does relevant accusation mean “forced machinery labor”? Thirdly, China is the world’s largest cotton consuming country and the second largest cotton producing country. Most cotton in China is produced in Xinjiang and its demand exceeds supply. The Chinese people are best positioned to judge the Xinjiang cotton. Finally, Xinjiang cotton is one of the best in the world. Its high quality are recognized by many enterprises and it will be the loss of certain companies not to use it. 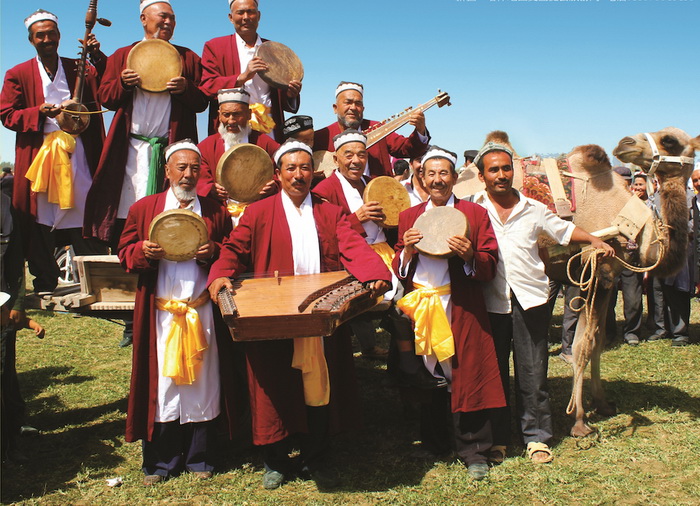 Allegations like “Uyghur Genocide in Xinjiang” are lies of the century which were directed by a handful colluding individuals in political, media and academic fields from countries like the U.S. and Australia. They have never been to Xinjiang nor have any idea about a real Xinjiang. It’s an evil intention that they splash dirty water on Xinjiang to hinder its development. From the year 2010 to 2018, the population of Uyghurs in Xinjiang has increased 2.55 million or 25.04%, much higher than the Han population’s 2%. Is there any “genocide” in the world with quick-growing population? On the contrary, genocide actually took place in the U.S. and some Western countries in their histories. That is probably why these people can think of using such lies to tarnish China’s reputation. 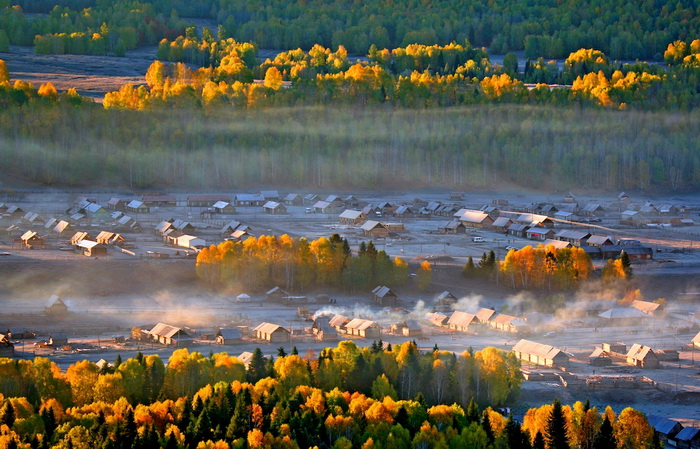 Xinjiang has never had any so called “detention camps” or “re-education camps”. The vocational education and training centers set up in Xinjiang in accordance with laws are schools. They are no different from the Desistance and Disengagement Programme (DDP) of the UK, or the de-radicalization centers in France. They are steps to cut off terrorism and religious extremism at the source, and are in line with the principles and the spirit embodied in a number of international documents on counter-terrorism, such as the UN Global Counter-Terrorism Strategy and Plan of Action to Prevent Violent Extremism. These schools strictly followed the provisions of the Constitution and the law to prevent any violation of the basic rights of trainees, and offered curriculum that included standard spoken and written Chinese, understanding of the law and training in vocational skills to achieve the goal of de-radicalization. By October 2019, all the trainees had completed their studies and graduated, and most of them have found stable jobs and lived a peaceful life. As a result, Xinjiang has reported no violent terrorist cases for more than four consecutive years and achieved high-quality economic and social development. In addition, I have seen report pictures of the “detention camps” that are actually local resident communities and schools. Everyone can easily identify them from Google Map without a knowledge of the Chinese language. How ridiculous the fake news are! 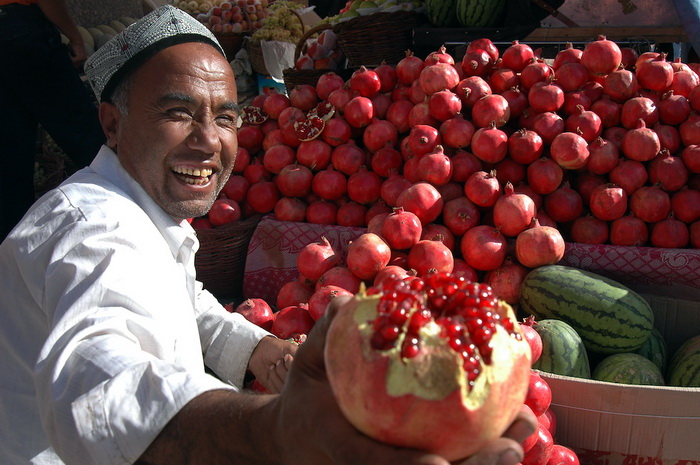 Fact: Multiple cultures and religions have long coexisted in Xinjiang

China is a unified multi-ethnic country. The various ethnic groups of China have created a long history of more than 5,000 years. Since ancient times many ethnic groups have made their way to Xinjiang, and it has become their home and a place for cultural integration. The languages as an example, it is a traditional feature of Xinjiang culture that different languages are used in daily life. The Sino-Tibetan, Altaic, and Indo-European languages all exist in Xinjiang today. Xinjiang publishes newspapers, books, audio and video products in six spoken and written languages - Chinese, Uygur, Kazak, Kirgiz, Mongolian and Xibe. The government has set up institutes which are responsible for scientific research into ethnic minority languages and encourages different ethnic groups to learn languages from each other. Xinjiang has also seen the coexistence of a variety of religions. China's government is committed to protecting its citizens' freedom of religious belief while respecting and protecting religious cultures. At present, the major religions in Xinjiang are Islam, Buddhism, Protestant and Catholic Christianity, and Taoism. The Islam for instance, during its introduction into Xinjiang, the ancestors of the Uyghurs and Kazaks integrated it with local faiths and traditions, while absorbing the cultures of other ethnic groups in the region and from inland areas. Consequently, Islam in Xinjiang gradually developed distinct local and ethnic features which embodies the adaptation of Islam to the Chinese context.

Fact: Xinjiang’s fight against terrorism and extremism is an important component of the global struggle

The issues Xinjiang faces are about terrorism, extremism and separatism. Anyone who is playing the role of “a human rights preacher” is distorting the facts, politicizing and applying double standards. Throughout the world, terrorism and extremism gravely threaten peace and development. Striking aggressively at terrorism and furthering the de-radicalization effort is the common responsibility of the international community and essential to the protection of human rights. China opposes all forms of terrorism and extremism, while actively supports the United Nations in playing a leading and coordinating role in international cooperation against terrorism and supports a series of resolutions on combating terrorism adopted by the UN Security Council. Xinjiang is a key battlefield in the fight against terrorism in China, and the local government has established cooperation mechanisms with neighboring countries on fighting terrorism in border areas and between law-enforcement departments. We are glad to see that Xinjiang has contributed to the international fight on terrorism through effective counterterrorism and de-radicalization campaigns.

Fact: Xinjiang’s development is highly recognized by the international community

During the 46th regular session of the UN Human Rights Council this March, over 80 countries expressed support of China's justified position on Xinjiang-related matters. It is sufficient to prove that the manipulation by a few Western forces is by no means representative of the international community. Last month, a group of over 30 people including SCO Secretary-General Vladimir Norov and ambassadors and other diplomats posted in China by more than 20 countries went to visit cities in Xinjiang including Urumqi, Kashgar and Aksu to get to know Xinjiang’s development. They said “seeing is believing” and what they saw proves that the allegations by certain countries of so-called human rights violations, religious discrimination and forced labor are simply groundless and the allegation of "genocide" is even more preposterous. Last week, 23 ambassadors or senior diplomats in China from 19 Latin American and Caribbean countries including regional countries like Mexico, Cuba, Colombia, Venezuela, Brazil and Chile visited Xinjiang. They said through the various activities during their trip, such as the visit to mosques, local companies, the Agricultural Expo Park, and the counterterrorism and de-radicalization exhibition, they were able to have close contact with the local people, and to experience the stability, development and progress of Xinjiang firsthand. In fact, many of the countries in support of China’s policy on Xinjiang-related issues are members of the Organization of Islamic Cooperation and their ambassadors have been to Xinjiang. However, among the individual Western countries that have long criticized the policy of Uyghur Muslim in Xinjiang, none of them are Muslim countries. In this context, it is clear which side represents justice and truth on Xinjiang-related issues.

Recently there have been increasing objective and rational voices across the world on Xinjiang and many academic experts in Western countries disclosed fallacies on related issues. The Transnational Foundation for Peace and Future Research (TFF) based in Sweden released a feature report titled “The Xinjiang Genocide Determination as Agenda” to debunk the false accusation of “genocide” in Xinjiang fabricated by the US and other Western countries. The independent US website Counterpunch published an article titled “Reflections on Genocide as the Ultimate Crime”, saying that the US allegation of “genocide” in Xinjiang was motivated by ideological posturing and was “unsupported by even a hint of evidence”. French author Maxime Vivas visited Xinjiang twice and wrote a book “Uyghurs: To Put an End to Fake News” which proved that all sorts of lies and rumors on Xinjiang are baseless. Our Consulate-General website reprinted the report by China Daily “Things to Know about All the Lies on Xinjiang: How Have They Come About?” for readers (http://willemstad.chineseconsulate.org/eng/zt_4/t1873638.htm). Xinjiang is open and transparent. When the global epidemic eases, we welcome friends in foreign countries to visit Xinjiang to see and enjoy its beauty.