Screening of ministers more than ever a must!

When one tries to argue that procedures that have been put in place to ensure good governance should be banned, that thesis will raise a surprising eyebrow in many of us. Why would you want that you ask yourself.

If such statements also come from an experienced lawyer, and in this case even more extreme, from the mouth of his / her acting as the one forming a government, then the amazement will rise. How is it possible that, of all people, a formateur is an advocate for the elimination of what I would call just about the last "line of defense" that can protect citizens against arbitrariness, abuse of power and corruption by wrong administrators.

In 2010, Mr. Chester Peterson, in his capacity as co-founder of Fundashon Korsou Fuerte & Autonomo (KFO), the foundation that strives for independence for Curacao, tried, with a unilateral legal argument, to challenge the screening authority of our security service (which he called an 'untrustworthy sneaky crew'). 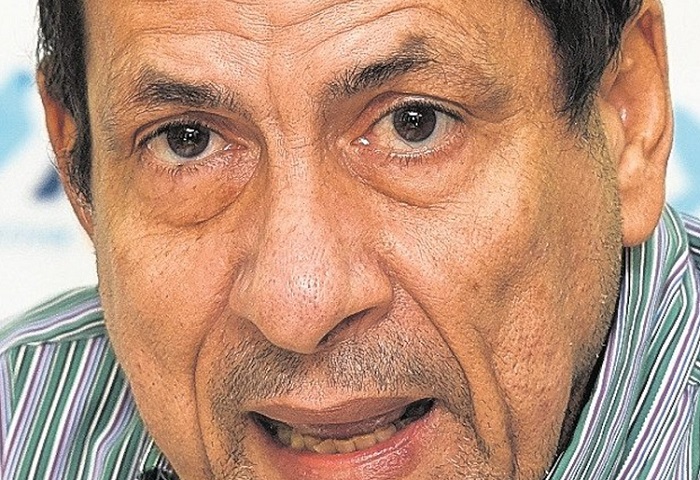 Mr. Peterson kicks against the institute of the governor, but apparently does grant this colonial authority figure the power to appoint him as (in) formateur, he apparently has no problem with that. Completely inconsistent, he subsequently denies her authority to subject candidates proposed by him to a suitability test. He thinks that the Governor should blindly appoint as ministers those candidates that he presents to her, period. Ridiculous!

Astonishing is simply the fact that a formateur of all people is advocating a process of relaxation or even abolition of the screening law, a position that cannot be otherwise interpreted as an attempt to no longer subject the normative quality and moral behavior of future ministers to test whether they prove to be suitable for fulfilling the position of minister.

Mr. Peterson thinks that test is completely unnecessary. He opposes the application of a procedure that most of us take for granted, a procedure that we consider a logical step in the pursuit of the qualitatively suitable ministers. One would expect maximum effort from an (in) formateur in the search for candidates who, not only in terms of professionalism and skills, but also because of a high personal ethical and moral content, represent the best choices to run this country, a quest in which the mechanism of a screening procedure can be very instrumental, even essential.

The desire to eliminate this and the removal of the governor as an objective, non-political measure in the procedure indicates a tendency towards arbitrariness and even malicious populism and gives the impression that all barriers that hinder the occupation of ministerial seats by any nominee must be removed in advance. We have already seen where the silencing of the VDC and the ignoring of the screening results in 2010 led to a prime minister who, to our great shame, ended up in prison for corruption. The same attempts to disable screening mechanisms are now being repeated.

L'histoire se repete, we are back to square one. This while there is meanwhile speculation in the grapevines about the rejection of at least three candidate ministers. Peterson is therefore rightly concerned about the package of candidates he wishes to propose, rejection of one or more candidates would deeply affect him if only because he does not feel responsible for the moral and ethical content of the candidates proposed by him, those criteria do not apply to him and should therefore not be judged, how those people are structured in terms of norm awareness will be a concern to him, that is not his business, political acceptability of the newcomers is all that matters.

What seems incomprehensible to me at all is how precisely two of the most recalcitrant and rebellious Dutch haters, namely Chester Peterson and Rutsel Martha have been approached to form our new government. Peterson has earned a reputation as the most notorious underworld lawyer as well as being a co-founder of the ever-undermining, independence-seeking KFO movement.

The other leg of the duo, Rutsel Marta, has been booked as a race querulant who has spent almost his entire professional career on a warpath against The Hague. Putting these rebels at the helm can in itself already be regarded as a disguised declaration of war against the Netherlands, the seeds of antagonism have already been sown.

It seems clear to me that these masterminds, supported by other exponents from the FKFO / Schotte entourage, have their own agenda and that they have so far reasonably succeeded in bending the new coalition members to their will. However, that did not happen without a struggle. The confusion that has arisen in the MFK party top after party thug Cooper had taken an extremely dismissive, almost hostile, attitude towards the COHO event and the subsequent whistling back of this fool, shows that the top was not aligned and that the muddled story surrounding a plan B was difficult to explain. A very clumsy and unprofessional start of a coalition that is clearly controlled from the outside and that does not yet know what to do with its own people. Coalition agreement was presented ready-made, everything carefully chewed up, Pik and Mimi only had to sign at the cross. It is clear who is in charge.

In a previously written piece submitted by me (title: Pekipoe and the Curacao Deep State) I warned against the governance model of a group of politicians who are not yet well equipped for their task, who are controlled and manipulated from the outside by influencers with their own obscure agenda. An agenda that in our case smacks of pressure on alienation / rejection of the kingdom bond.

Mind you, the KFO movement's pursuit of independence is not based on political-ideological motives, but only aims to acquire constitutional positions of power for their interest group that are not subject to any control structures whatsoever. Then the party can really begin.

Both Peterson and Martha are against the meddlesome and cautious Netherlands and maintain at least latent contacts with Maduro's Venezuelan narco regime. We cannot yet estimate what that vengeful, on the one hand, opportunistic attitude of mind of that duo will mean for the future of our country, much depends on the dark plans these influencers have in store and on the extent to which they will succeed. The fact is that we will not be rid of them for the time being and that they will try to perpetuate their leading role for a maximum period of time.

Curacao is in a danger zone. As in the rest of Latin America, our democracy is also under pressure. Curacao is not free from corruption and populism, this cancer, together with the criminalization of the continent, is the greatest danger to the survival of our rule of law.

There is a good chance that both influencers will end up in different advisory capacities after the installation of the new government and that the eternal circle of consultants who hint at each other will also get a permanent place again. That's the way it works.

However, the danger now exists that the new group of inexperienced politicians will be poisoned early with the deep-rooted aversion these influencers harbor against anything Dutch. In addition, it is to be expected that they will put a lot of energy into closer ties with Venezuela, being precisely the country that poses the greatest threat to Latin American democracy.

More than ever, our country needs protective mechanisms against advancing populism and corruption, so our screening procedures must be tightened up with a view to guaranteeing processes for recruiting good administrators.

Advisers who claim the opposite, who want to get rid of the screening of ministers, are doing something else, but in any case not with the interests of the citizens of Curaçao.