PORT OF SPAIN, WILLEMSTAD - A massive blackout in Curaçao yesterday left businesses, schools and public entities throughout T&T without Internet connection during the first few hours of the working day.

As thousands across the country struggled to connect with their computer and cellular devices, the Telecommunications Authority of T&T (TATT) issued a statement indicated: “The problem arose due to a disruption of an international cable link.”

Digicel brought more clarity in a statement it issued later in the day.

“Last week there was a significant subsea fibre break between Guadeloupe and Antigua. This affected some Digicel-Plus customers and, unfortunately, that problem is still being dealt with,” said Chandrika Samaroo, Operations Director at Digicel.

“To help maintain connectivity, Digicel re-routed service through an alternate path via the same upstream supplier through Curacao. On Monday morning, however, there was a major island-wide power outage in Curacao that disrupted that path as well. Once that happened, services here in Trinidad and Tobago were also affected.”

Digicel said it took quick action to ensure that its T&T customers did not entirely lose service.

Samaroo added, “Fortunately, this sequence of events did not totally interrupt service since Digicel maintains another layer of diversity in our network that supported a significant percentage of our traffic. However, the outage did cause massive amounts of congestion on both our mobile and fibre networks.”

“Today’s outage has shone a light on some of the vulnerabilities of the international networks that support T&T’s traffic across all providers,” Samaroo noted. This should be a catalyst for closer analysis, discussion and collaboration by all industry stakeholders to address this national challenge,” he added. 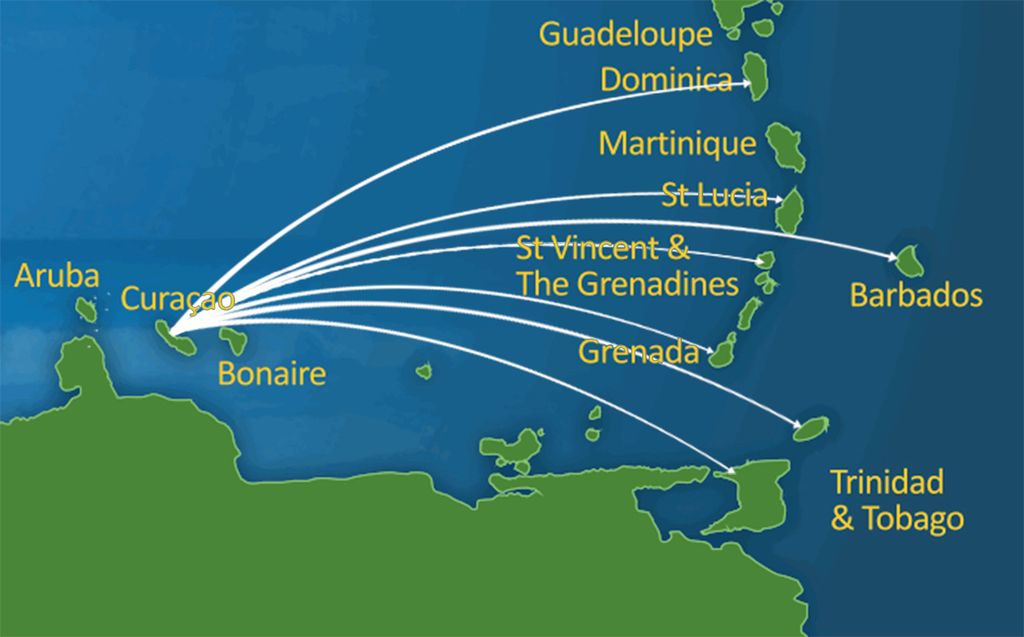 President of Arima Business Association (ABA) Reval Chattergoon argued that a lesson should be learnt from this occurrence.

He told Guardian Media: “Should something like this continue to happen, I would implore to all my members and to all of Trinidad to have a backup plan, one that is functional.”

According to Chattergoon, if this issue had been prolonged for a day the losses would have been severe. The ABA President revealed that payments at the gas pumps were impacted and the outage resulted in Linx machines being temporarily shut down.

Responding to Guardian Media’s questions, First Citizens Bank said it only experienced limited disruptions and intermittent communications issues. The bank noted: “Our core services to customers did not, however, suffer any major disruptions, and we were able to continue to serve our customers. First Citizens has robust redundancy and business continuity measures in place to deal with expected and temporary failures from our service providers.”

Scotiabank also issued a release on its website noting that it will leverage international connections to safeguard against experiences like the one that occurred yesterday.

RBC Royal Bank also told Guardian Media that since it had rigorous business continuity and contingency plans in place to address unplanned interruptions such as this, “the bank’s network was not impacted by today’s interruption in internet services and we continued to serve our clients.”

RBC indicated that it was able to adjust work schedules for those working at RBC premises to mitigate any disruptions it may have experienced for the employees who were working offsite.

The bank added: “We note that clients attempting to access our digital channels would have had connectivity issues emanating from their end as a result of disruption in service from their internet provider and other affected service providers.”

The different service providers spoke out as well.

Flow issued a statement in which it apologized for the disruption while telling customers that its internet service connection was reestablished.

Meanwhile, TSTT revealed that it was thankful that it invested in its underwater infrastructure so that it was able to keep internet access to all of its fixed-line customers.

TSTT noted: “Over the years, TSTT has invested millions of dollars in expanding our subsea capacity to provide route diversity in the event of any break to our subsea networks. These networks connect us to the World Wide Web via the United States. Today we are experiencing the benefits of that investment.”

However, TSTT admitted that because of damage done to underwater cables in the Eastern Caribbean, its mobile users experienced difficulty during earlier parts of the day.

Meanwhile, Minister of Education Dr Nyan Gadsby-Dolly told us that her ministry had received reports about students being unable to access virtual classrooms nationwide.

She revealed that Digicel and Flow customers seemed the worst affected. However, Gadsby-Dolly added, “Service is being restored and it is expected to regularize by Wednesday.”

The outage also affected court sittings, which are now being done virtually.