WILLEMSTAD - Awry (27) is the first K-pop songwriter from Curaçao with a platinum hit and the first in the Korean Cosmopolitan. She is very proud of that. Her family on Curaçao is also very proud of this achievement.

"It is a pity that my success as a K-pop songwriter is not really picked up by the media on the island, but my family supports me through thick and thin," says the Curaçaoan on the website of funx.nl. 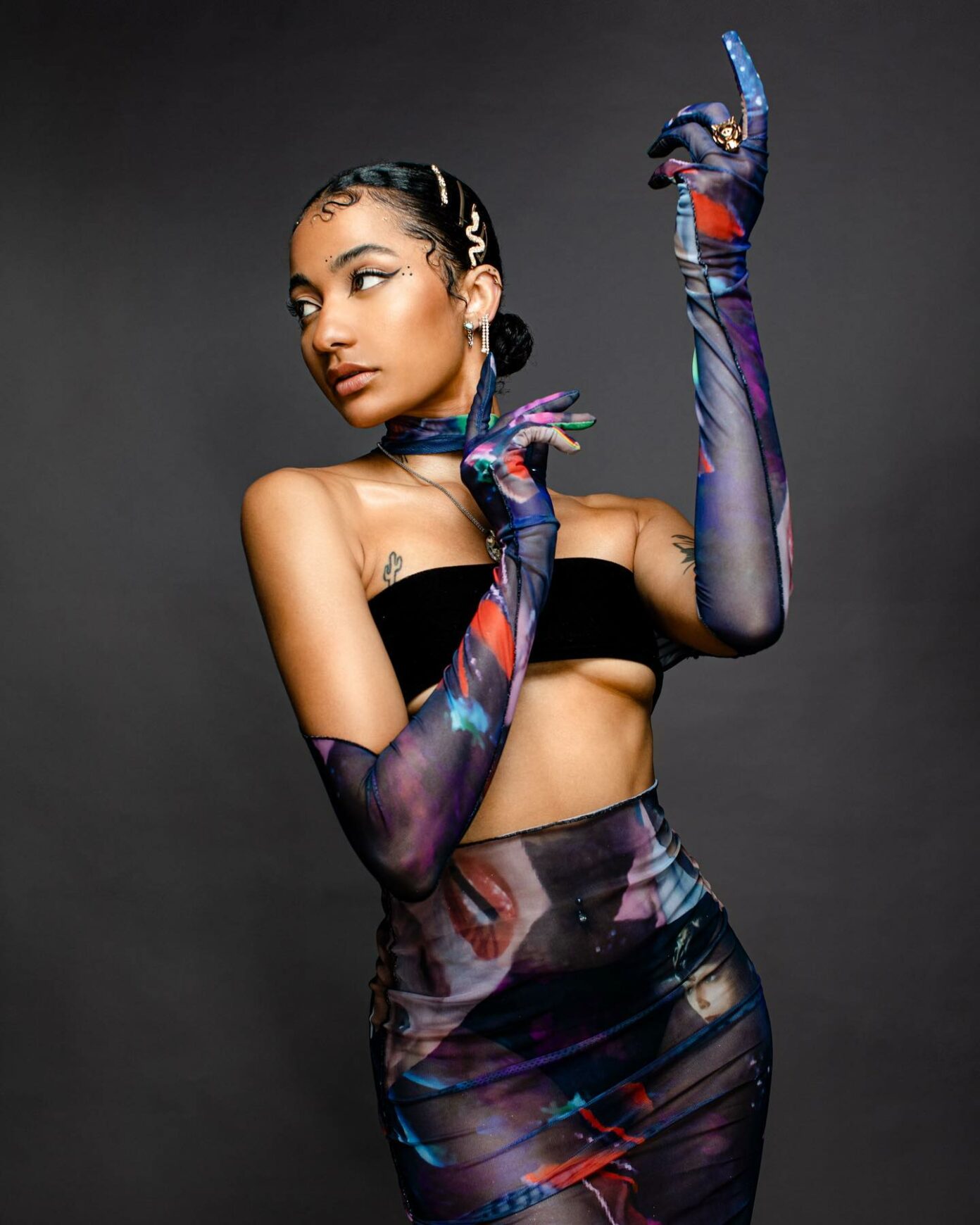 Awry was 15 years old when she first discovered K-pop. “When I heard 2PM's song 'Heartbeat' I thought, 'Huh, what kind of music is this?' It actually drew me in right away. I then looked up 2PM on the internet and immediately fell in love with their music. Since then I have become a real fan of K-pop. At school we even participated in K-pop flash mobs.

In 2013, Awry moved to the Netherlands and became acquainted with K-pop parties. “I was also allowed to perform there and at such a party I once met a producer. He invited me to a writing camp. I then came into contact with other writers from, among others, the Netherlands and the UK, with whom I am now part of a writing team.”

Together they write songs and record demos that are eventually translated into Korean, sung by K-pop artists and then released. “Some of the songs we wrote back then have even gone platinum since then, like Treasure's song 'Mmm'. The music video for that track has now been viewed more than 46 million times.”

In 2019, Awry was asked by her mentor to attend a writing camp in South Korea. “Of course I immediately said yes and a year later I traveled there. I stayed there for two weeks and in September 2020 I returned to live there for eight months.”

When she returned to the Netherlands, Awry heard from her mentor that the publisher of the Korean magazine Cosmopolitan Korea wanted to publish an article about her writing team, because our songs were streamed so much. In the end, she published a four-page item in the magazine.

“My first encounter with South Korea wasn't much of a culture shock either. I could already speak quite a bit of Korean, since I had been immersed in Korean culture and music since I was fifteen. So I kind of knew what to expect. That way I could easily help my team with ordering food in restaurants, for example.”

“Just because it wasn't a culture shock for me, doesn't mean it isn't completely different from what you might be used to. For example, the ideals of beauty are different there. Being short and slim, I'm still considered pretty, but someone who is overweight, for example, could face discrimination. Even if you have dark skin, there is a chance that you will have to deal with it. They don't often see black people there. The older generation may therefore seem a bit more distant, but the younger generation is, for example, much more open to other cultures and just thinks we're cool." 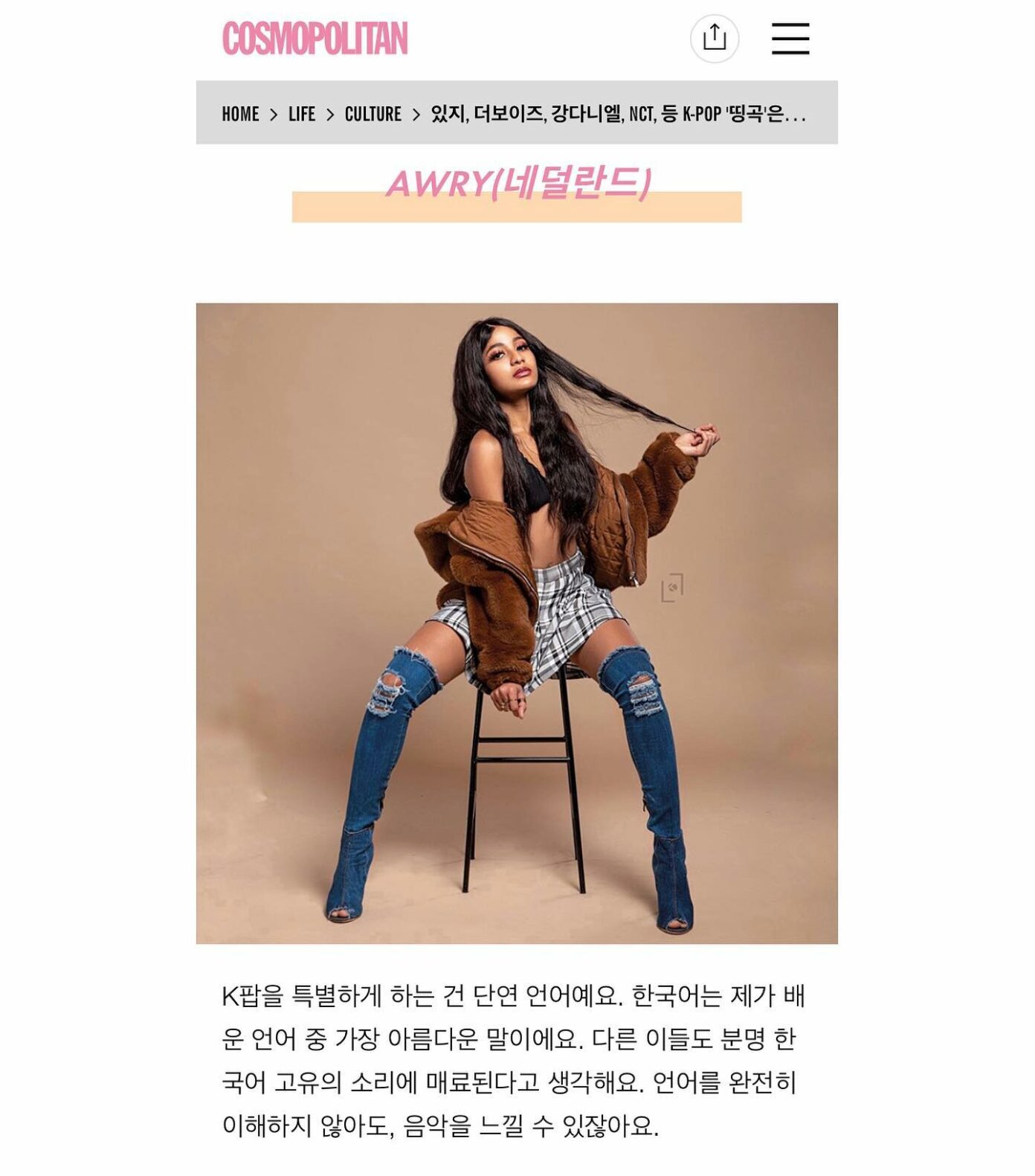 What Awry remembers most from her time in South Korea is the appreciation people have for art there. “Koreans attach great importance to this and you notice that in everything such as the architecture, the design of shops and restaurants and even the music. K-pop songs often have a deep meaning and the performers really pay attention to the smallest details. It's just on another level there."

She now has more than 100 songs that are sent around by her publisher to various record companies and still have to be sold. "I'm also working on a lot of other projects, so people can expect a lot more new songs from K-pop artists that I wrote together with my team," Awry said on the funx.nl website.