XCM is a Curacao-based trust office that represents various online casinos. The trust office conducts the business operations for these casinos and takes care of the license. XCM concluded the licenses with the company Cyberluck Curaçao. Cyberluck is one of the holders of a master license in Curaçao, which provides sub-licenses.

Cyberluck justified the conduct by posting a notice on its website accusing XCM of failing to comply with regulations. XCM director Christopher van Rosberg was also personally attacked in the article. Cyberluck then filed a complaint against XCM and director Van Rosberg with the Central Bank of Curaçao and Sint Maarten at the end of June.

Van Rosberg and XCM, in turn, filed a lawsuit against Cyberluck and its director Angelique Snel-Guttenberg. It asked the judge to order Cyberluck to abstain from wrongful rulings, rectify the allegations made, and resume services.

The judge rushed into the case and ultimately ruled in favor of XCM on all counts. 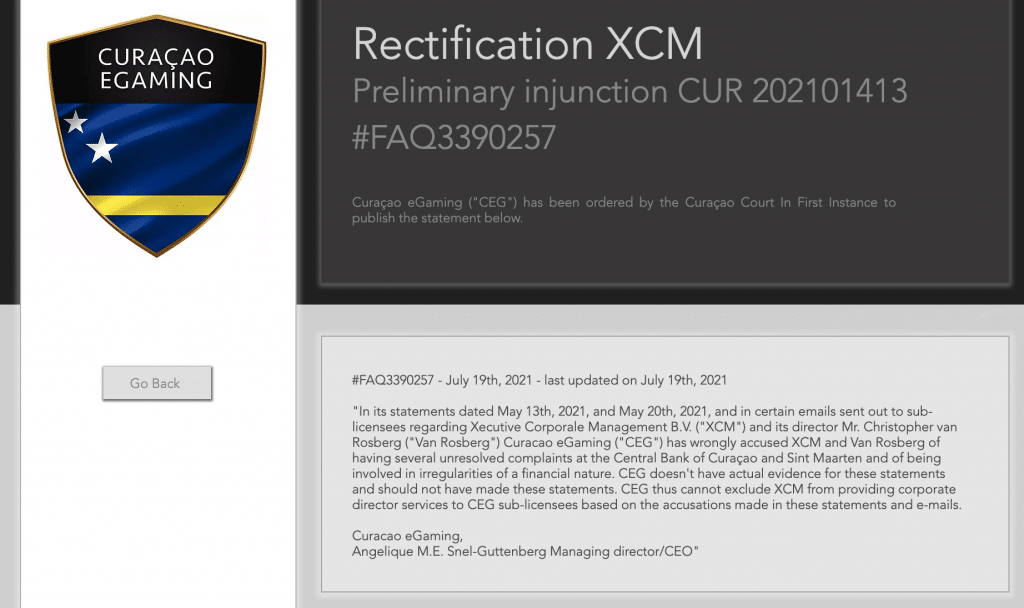 Ramon Chong goes to court to become minister
By Correspondent July 27, 2021
Cathedral of Thorns at Night, a magical evening of art underneath the stars
By Press release July 27, 2021