Political agreement between Sint Maarten and the Netherlands

THE HAGUE - The governments of the Netherlands and Sint Maarten have reached political agreement on the third tranche of liquidity support 2020.

In this accord agreements have been made for a voluntary, but not without obligation, multi-year cooperation between the two countries. This agreement had previously been reached with Curaçao and Aruba. 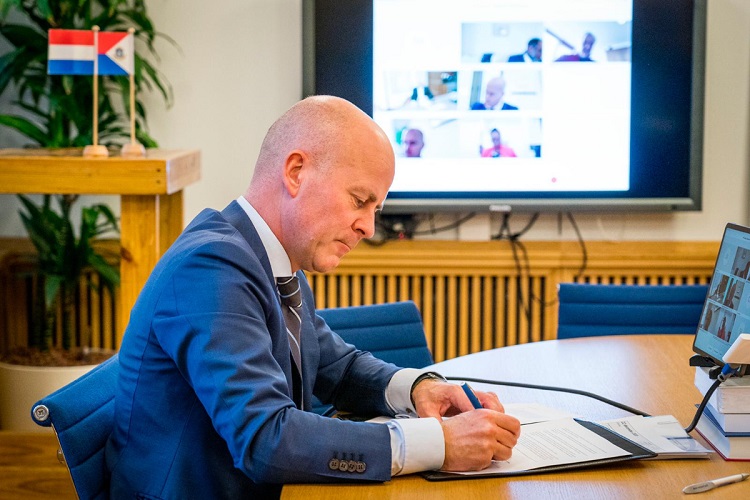 In exchange for reforms on Sint Maarten, the Dutch cabinet will offer new liquidity support, but will also invest in several areas in the development of Sint Maarten. For example, the Netherlands will support the agreed structural reforms. In addition to the financial investments due to the shortages that have arisen as a result of the Corona crisis, this is also done with knowledge and expertise. The Caribbean reform and development body has been set up for this purpose, in short the COHO, which will further develop the reforms together with the ministries on Sint Maarten and in consultation with stakeholders. This body will also help with its implementation. The COHO will not take over powers from Parliament, the Government and the responsible government bodies; this has been expressly agreed and recorded in the consultations. However, the COHO is enabled to supervise the implementation of the structural reforms and to attach the consequences to insufficient cooperation.

By reaching this agreement, the Netherlands is making ANG 61.2 million or 30.6 million euros of liquidity support available for Sint Maarten for the period from 1 July to 31 December 2020. Also, 30 million euros will be made available for the construction of a new prison and structural improvements in the detention situation on Sint Maarten.

Undersecretary Knops: “After Curaçao and Aruba, we now have a political agreement with Sint Maarten. With this agreement, work is underway on the necessary structural reforms that should make the economy and society of Sint Maarten more sustainably resilient. In addition to reforms, there is also room for investment on the island. Reaching this political agreement is an important step. But with this agreement, the process has not been completed. The reforms included in the national package really need to be implemented. Only then will prosperity lie ahead for the citizens of Sint Maarten. However, this will require continuous effort from everyone who bears responsibility on Sint Maarten."