Isla has not been operating at full capacity for two years

WILLEMSTAD - The Isla Refinery has not been running at 100 percent for at least two years. This is stated by spokesman Earl Balborda. At the end of 2016, beginning of 2017 was the last time the refinery produced around 200,000 barrels per day.

According to Balborda, this is the sweet point, the number of barrels where the plant performs at its maximum.

Since the beginning of 2017, the refinery has been struggling with various problems such as maintenance of machines, broken machines, no supply of electricity by CRU and, like the last time, lack of crude oil.

Currently, there is a lien placed on the oil tanker Icaro. It is docked at Bullen Bay. The refinery is trying to release the oil, but the counterparty refuses.

The Court of First Instance ruled at the end of last year that the lien placed on cargo on board the oil tanker must be lifted.

The case was filed by Refineria Isla Curaçao bv against Exotic Waves Marine S.A., established in Monrovia, Liberia. The latter had ordered the cargo and bunkers of the Icaro on 14 and 15 December. The first lien was removed quite quickly, but the second was maintained. The last was a seizure estimated at $ 7.4 million at the expense of PdVSA Petróleo S.A.

This crude oil is essential for the refinery to continue operations but up to now, there are no results from all the court case filed by Refineria Isla Curaçao.

Currently, there are still oil reserves at the refinery, but the clock is ticking. According to Balborda, this is costing the refinery a tremendous amount of money. 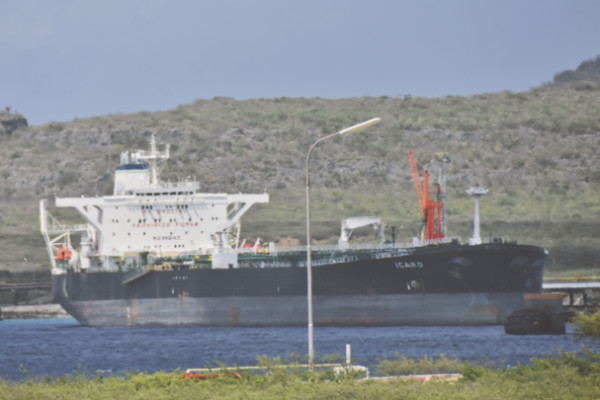 
Water and electricity rates are falling slightly on Curaçao
By Correspondent June 24, 2022