WILLEMSTAD - The Minister in charge of Economic Development, Ms. Giselle Mc William together with the Minister of Traffic, Transportation and Urban Planning Ms. Zita Jesus-Leito and the Minister of Public Health, the Environment and Nature Ms. Suzy Camelia-Römer, recently launched the first step towards the deployment of the Quick Win Plan to develop the Zakio area. This was done symbolically by launching the creation of a mural on the wall of the Aqualectra complex at the entrance of Koredor. The artist commissioned for the mural is Sander van Beusekom of BLEND Creative Imaging. The Quick-Win Plan is one of the action points in the vision to develop the Zakito area, which was adopted by the Council of Ministers in December of 2018. The Government of Curaçao and the Curaçao Tourist Board (CTB) signed an agreement for the execution of the Quick-Win Plan at the beginning of this year. 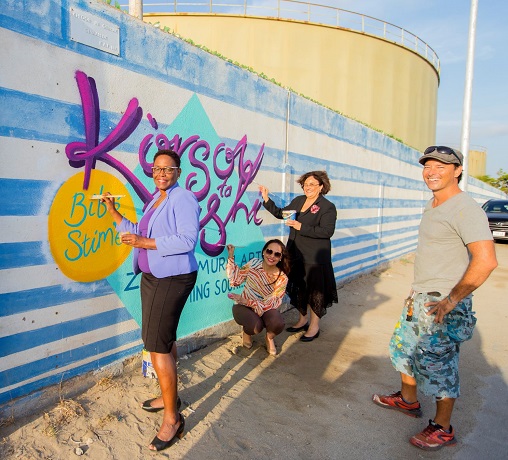 The Quick-Win Plan for the development of Zakito includes several minor improvements that will raise the area’s value, making it more attractive to the local community, promote community wellness, while at the same time generating interest among potential investors. These improvements include a thorough cleanup, added illumination, making improvements to a beach at Koredor and improving recreational facilities. 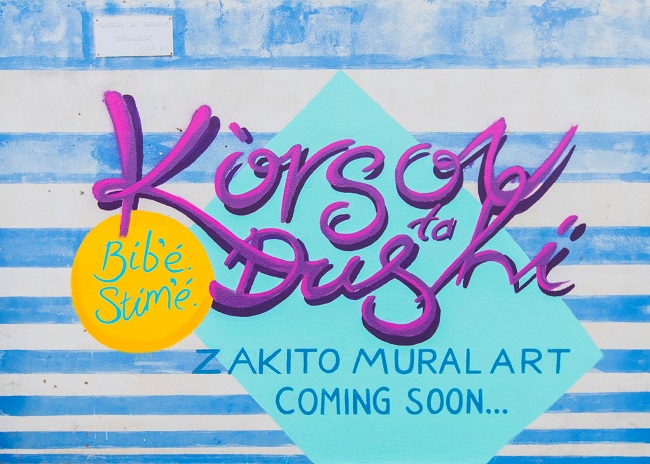