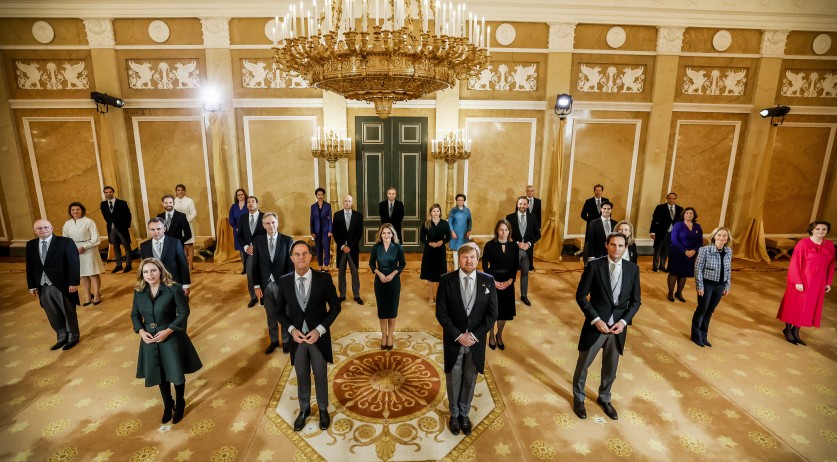 Ten of the Ministers took the oath (so help me God Almighty), including all Ministers and State Secretaries of Christian parties CDA and ChristenUnie. Fourteen opted for the pledge. State Secretary Aukje de Vries (Supplies and Customs) pronounced it in Frisian.

Minister of Finance and Deputy Prime Minister on behalf of the D66, Sigrid Kaag, took the oath via video link. She is forced to stay home because she tested positive for the coronavirus over the weekend.

The previous Cabinet, consisting of the same four parties, worked in a caretaker capacity for almost ten months. Rutte IV has full power again. The formation of the Rutte IV Cabinet took the longest in Dutch parliamentary history.

For the first time in parliamentary history, Prime Minister Mark Rutte's fourth Cabinet has the same number of female and male government members. In his second and third Cabinets, the male-female ratio was more balanced than before he took office. But still, roughly 60 percent were male and 40 percent female.

The average Minister in Rutte's new Cabinet is 50 years old. At 31, the new CU State secretary Maarten van Ooijen (Youth and Prevention) is one of the youngest ever.