WILLEMSTAD - On Sunday, May 2, Dutch soccer team Ajax claimed their 35th Eredivisie national league title. In view of the Curaçao-Ajax partnership, the Curaçao Tourist Board (CTB) congratulated the team and all its fans through a personalized ad with the caption: “Ajax Pabien!” (“Congratulations!”). The congratulatory ad was shared on multiple social media platforms as well as on digital signs in the center of Amsterdam. The ad also features the curacao.com website, where viewers can learn more about Curaçao’s tourism product. Also, in conjunction with supporters’ club Ajax Life, a raffle for a trip for two to Curaçao will be held among the team’s 88 thousand fans. 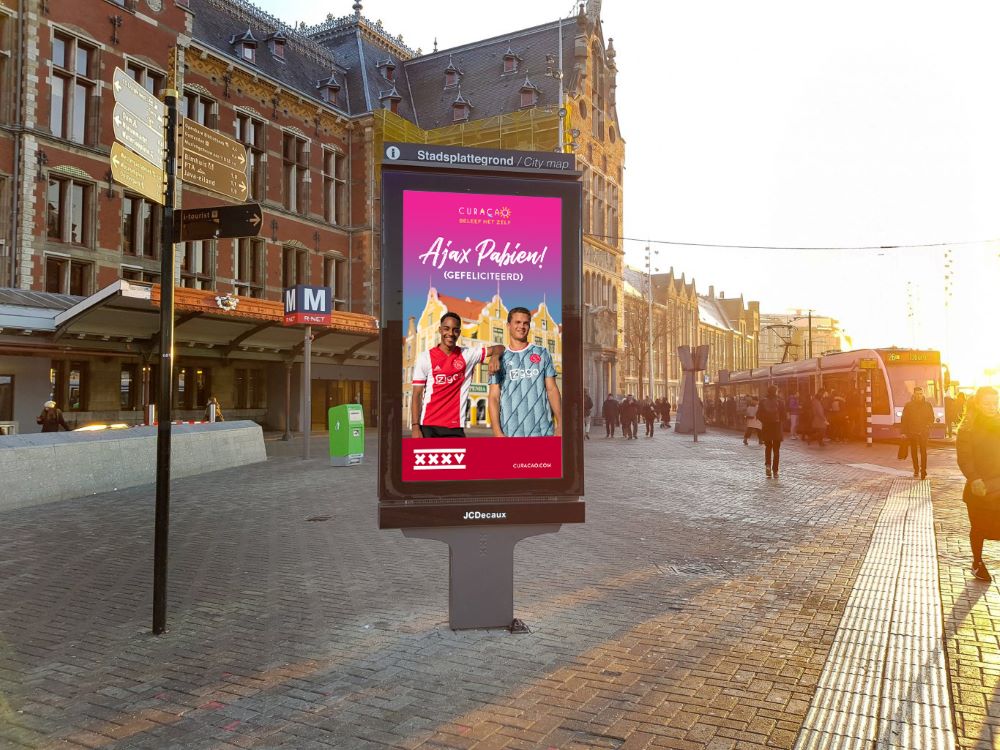 Since the beginning of last year, the Curaçao logo has been featured prominently on Ajax shirt sleeves. Additionally, through promotional campaigns around specific matches, Curaçao receives coverage on television and other Ajax media outlets reaching millions of the club’s fans in the Netherlands and around the world. 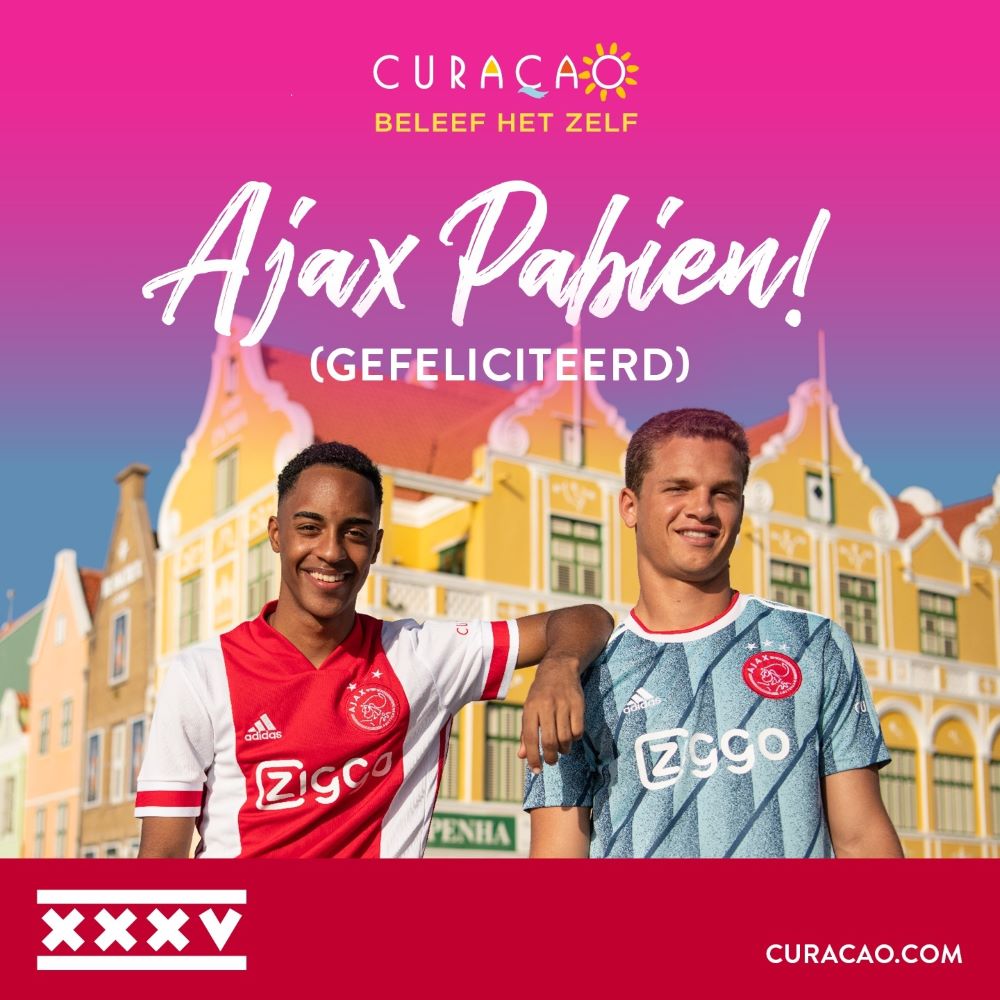