WILLEMSTAD - In a press release, the government announced that Airline EZ Air has completed the certification with its new 34-seat Saab340 aircraft.

The operational certificate for the new type of aircraft was handed over on Thursday afternoon by Minister of Transport Charles Cooper to the commercial director of EZ Air, Sueyenne Dammerman. 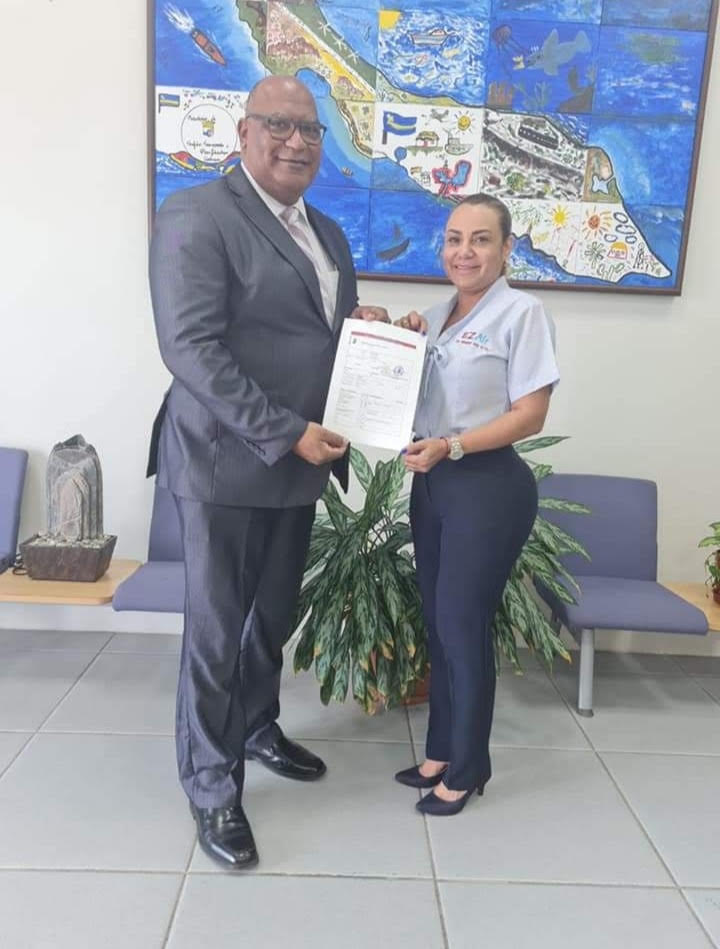 Now that the certification process has been successfully completed, the aircraft can be used on routes between the ABC Islands, the Windward Islands and Colombia. EZ Air expects a second aircraft of the same make soon. In the not too distant future, EZ Air hopes to start operating flights to the popular Colombian city of Medellin.