WILLEMSTAD - Curaçao has been selected as the venue for the sixth regional conference of the Caribbean Peering and Interconnection Forum, CarPIF, set for June 9 to 11, 2020. The announcement was made by event co-organizers the Caribbean Network Operators Group (CaribNOG) and the Internet Society.

The annual international conference, which draws Internet giants like Akamai, Facebook and Google to the region, provides Caribbean Internet service providers and other stakeholders with a unique space to develop the commercial and technical relationships needed to increase local Internet traffic exchange in the region.

"Developing the Internet in the Caribbean requires collaboration and partnership among a diverse set of stakeholders," said Bevil Wooding, executive director of CaribNOG and co-founder of CarPIF, who also serves as the Caribbean Outreach Liaison for the American Registry for Internet Numbers.

Launched in Barbados in 2015, CarPIF has since its inception provided a unique forum for Internet infrastructure decision makers to develop the relationships, knowledge and agreements to facilitate the growth and resilience of the Internet in the Caribbean. The forum places special emphasis on exploring how the Internet drives innovation, digital opportunities and economic growth in the region.

"In 2020, CarPIF will hope to highlight how Curaçao has been successful in establishing the region's leading Internet exchange," said Shernon Osepa, Regional Affairs Manager for the Latin America and Caribbean Bureau of the Internet Society, who together with Wooding co-founded CarPIF.

From June 11 to 13, participants from the Caribbean, North and South America and Europe attended the fifth edition of the event, held in St George's, Grenada with the local support of the National Telecommunications Regulatory Commission and the Grenada Internet Exchange Point. The three-day conference attracted the presence and participation of actors from the regional and global Internet community, including representatives from the American Registry for Internet Numbers, the Caribbean Telecommunications Union, the Internet Corporation for Assigned Names and Numbers, the Latin America and Caribbean Internet Addresses Registry (LACNIC) and Packet Clearing House. Expert speakers discussed technical and commercial issues related to expanding Internet connectivity, increasing local digital content development, and supporting electronic commerce. 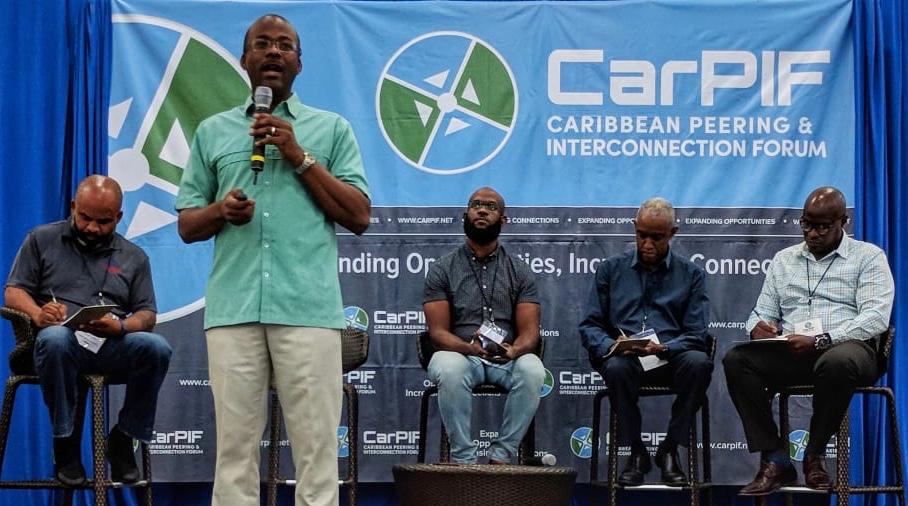