Since the announcement on December 22, 2019, all kinds of opinions have been given about the contract agreement reached between the Klesch group and the government of Curaçao. The exchange of views mainly focuses on the issuance of land ground leases to the Klesch group for a long lease of sixty years and also about the possible future consequences. After a legal interlude between lawyers, it is concluded that the ground lease is de facto a permanent ownership given to the Klesch group. I agree with this view. But my contribution to this professional exchange of ideas goes much further. The discussion about the ground lease to the Klesch group shouldn’t be limited to its legal nature but must also be conducted in a much broader multidisciplinary and spatial context. The key question is: what are the short and long-term implications for the general development of future generations in Curaçao - including our children and grandchildren's children? The government lands - which will be transferred to Klesch - in the areas around Schottegat and Bullen Bay, are of importance for current and future alternative strategic developments for the island. The development of the oil industry on these government lands has so far been one of the three economic pillars of Curaçao. But the prospects for the oil sector are changing drastically on the world scheme as a result of the competing clean energy alternative. For example, a neighboring country in the Caribbean Costa Rica wants in ten years, thus already in 2030, to switch 100% to clean energy and be free from the emission of fossil gasses. 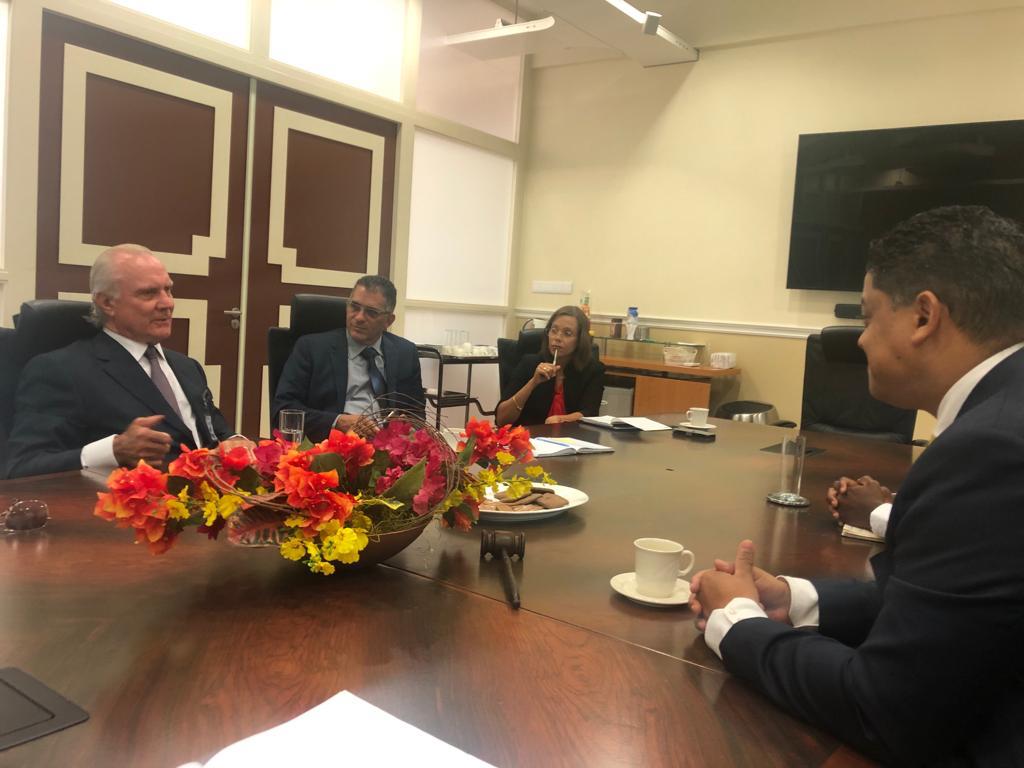 The ground lease is a right completely suitable for business endeavors. However, the use and allocation of these strategic areas should be based on a multidisciplinary strategic assessment before the government can just proceed to issue these governmental grounds to a private corporation. Although the issue of these lands should not strategically be a ‘business as usual’ bet. In short described: a well-founded vision on future desired spatial development should be in place as foundation for current and future generations of residents in Curaçao. The ground lease as a private estate can be used as a planning tool, but it is certainly not a panacea for a vision. With this I am pointing out the core problem of this case. The Curacao government doesn't have a vision for not even 20 years, let alone for the coming sixty years. And they are giving away a property for sixty years. This situation is specifically the same regarding the areas around Schottegat and Bullen Bay, respectively where the refinery and oil-terminal is located. There is a good legal framework available through which up-to-date spatial policy can be prescribed through government. And it is possible that it also will meet the international standards on sustainable development imposed in 2015 for the Agenda 2030 of the United Nations. The basis for such a vision was included in the 1996 Island Development Plan (abbreviated “EOP” in Dutch). But this vision is now completely outdated, and it doesn’t meet any longer the new standards as laid down in the resolutions of the World Conference of Habitat III in 2016 in Quito, Ecuador. The remake of governmental policy walks considerably behind schedule in accordance to international developments regarding the revision of the “EOP”.

Spatial planning should not something to be taken lightly. Certainly, if the same government pretends to develop Curaçao as a smart nation into the Singapore of the Caribbean. These kinds of political slogans without concrete actions are a deception. Spatial planning focused on sustainable development should be based on research and study by professional spatial disciplines and therefore based on science, research and spatial development. But experts, including civil servants, and the developed plans within the existing legal framework have nevertheless not been taken seriously for years by successive governments in Willemstad. Environmental groups such as Amigu di Tera and Defensa Ambiental are often not taken seriously. As well as plans and ideas from the Greentown movement, which has since been split into three separate groups. And now comes the message from Willemstad politics that the country is economically against the wall. It is now a pressure situation. The residents must decide, how to pick and choose for the Klesch group. But during the past years successive governments structurally failed to fulfill their duties under the existing legislation. The government does not respect its own laws and regulations and it does not take its legal responsibility seriously. I can talk about this because of my spatial planning background. A planner is a professional who develops plans for the management and improvement of the physical environment. Spatial planning is part of the field of environment (re)building. I note great lack of information, ignorance among people about this matter and strong arrogance and deceit from Willemstad politics.

The active stimulation of the oil industry ('fossil fuels') for another sixty years, gives absolutely no confidence in a government who takes seriously the achievement and implementation of the Sustainable Development Goals (SDGs) and the use of Clean Energy as a guide for future development. A group of public servants, officials and representatives of social groups and stakeholders from Curaçao traveled to Quito in 2016 to attend the World Habitat III Conference in Ecuador. Nearly two hundred countries including the Kingdom of the Netherlands, including Curaçao, have committed themselves to the resolutions and long-term goals of the New Urban Agenda until the year 2036. But this apparently does not help because the government continues its course with the Klesch group for another sixty year in the fossil fuels business. It is recommendable that more people make their voices heard on this subject, including representatives of all kinds of social groups and stakeholders who then also traveled to Quito. Spatial planning is not only the monopoly of lawyers and planners, but other professional experts should also make their voices heard, such as: economists, environmental experts, urban planners, social geographers and especially the specialists in location policy, the "legal planners". And finally, experts in the field of land policy and environmental protection. "Anyone who remain silence agrees with sixty years ground lease to a private corporation" is my motto. Civil servants also must break with the culture of fear and with their excessively secretive manners. What is the added value for the community of all those incurred travel and accommodation costs for a candy trip to Quito?

Whistleblowers also have a duty to fulfill in this country. But the biggest low point in this case has not yet been mentioned. Namely, Willemstad politics is guided by the same political position that Donald Trump adopts, by now an impeached president of the United States. Political Willemstad has decided also not to ratify the Paris climate agreement. The fact that the Netherlands did approve the Paris climate agreement does not mean that it automatically applies to Curaçao. Based on our autonomous status enshrined in the Statute, Curaçao retains the right to take a different position in the national interest of the island than the position adopted by the Kingdom. By not approving the climate agreement therefore includes one of the main reasons for which the Klesch group (and earlier also Guangdong Zhenrong Energy [GZE]) opted for Curaçao. With a lucrative business in the storage activity of the Oil Terminal at Bullen Bay, in my opinion, the Klesch group sees the opportunity to continue to refine less clean oil products for less stringent environmental conditions than anywhere else in the world, at advantageously lower production costs.

Strangely enough, no environmental group has mentioned this, which in my opinion is a sad fact. Last in the Iranian case everyone saw how proud Donald Trump reported that the United States (US) is currently the world's largest producer of oil and gas in the world. And that the US is not dependent on oil coming out the Middle East. He once again confirms his opinion: "Climate Change is a Hoax!" Politically, Willemstad is following the same slogan. In summary: the fact that the Klesch group (an American company) runs a refinery in Germany in accordance with the strict environmental regulations of the European Union gives no guarantee that they will adhere to stricter environmental regulations in Curaçao. In Curaçao, the choice is therefore made by the government to impose a heavier mortgage on the environment on future generations. There is still an absence of an officially approved government decree, which is also co-signed by the local Governor. This could lead to the cancelation of the contract with the Klesch group in my opinion. As far as I am concerned based on this infringement, the government in Willemstad can be politically 'impeached' upon the declaration of an instruction by the local Governor as higher supervision entity in service of the Kingdom Government. This can be done by imposing a General Administrative Order for bad governance against the government.

Sharnon Isenia is 54 years, he works as a consultant, project manager and specialist in the field of urban renewal, neighborhood development, traffic and parking at IndigoBlue Consult in Curaçao. He is a graduate in spatial planning from the former Traffic Academy of Tilburg, nowadays seated in the municipal of Breda in the Netherlands. He has a Master in Human Geography from the University of Utrecht also in the Netherlands and a Master in Business Administration (MBA) from the University of the Netherlands Antilles (UNA).