Simon Bolivar on a Dutch street

For 30 years there has been a street in Holland named after Simón Bolívar, the Simón Bolivarstraat.

Its location is ideal, since it is in the historic city of Utrecht, in the heart of the Netherlands, a city that was a pioneer and emblematic in the Dutch resistance against the Spanish domination. It was in Utrecht where the Republic of the Seven Dutch Provinces was formed in the 16th century, thus beginning a long struggle against Spain that would last 80 years. 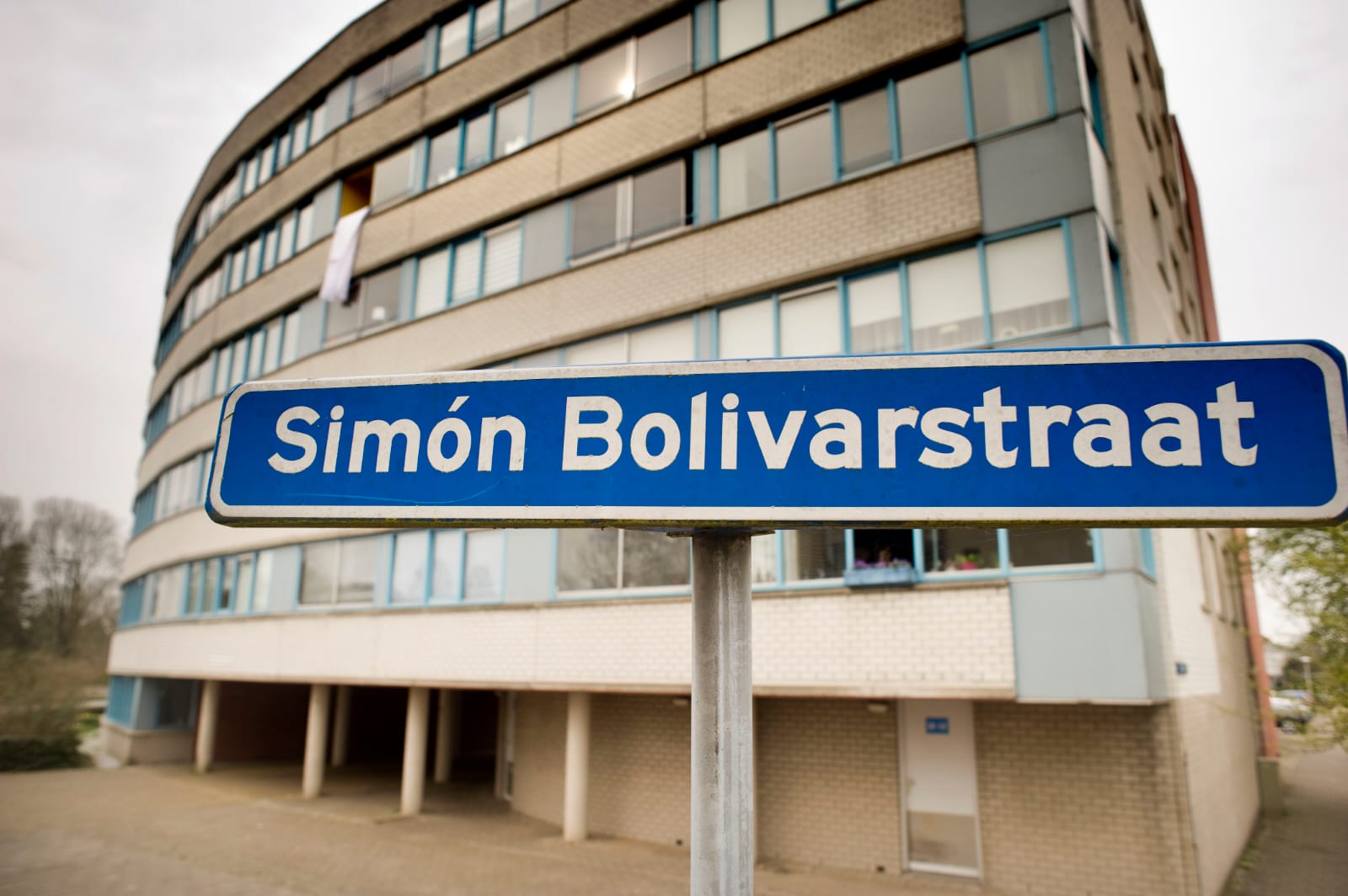 No wonder Francisco de Miranda visited Utrecht in 1785 in his eagerness to learn and bring about Venezuelan independence.

For all these reasons, Bolívar would probably have wanted to be remembered in Utrecht with the dedication of a street.

However, it is not only the historical and independence aspect that links Bolivar to Utrecht, but there are also other reasons that undoubtedly enhance the Liberator on this Dutch street.

To discover these additional aspects that enhance Bolivar, I was honoured to talk to Elena and her husband Erik, who very kindly opened the doors of their house to me and my family on Simón Bolivarstraat. Both of them kindly told us about their activism and support for progressive ideals over the years. 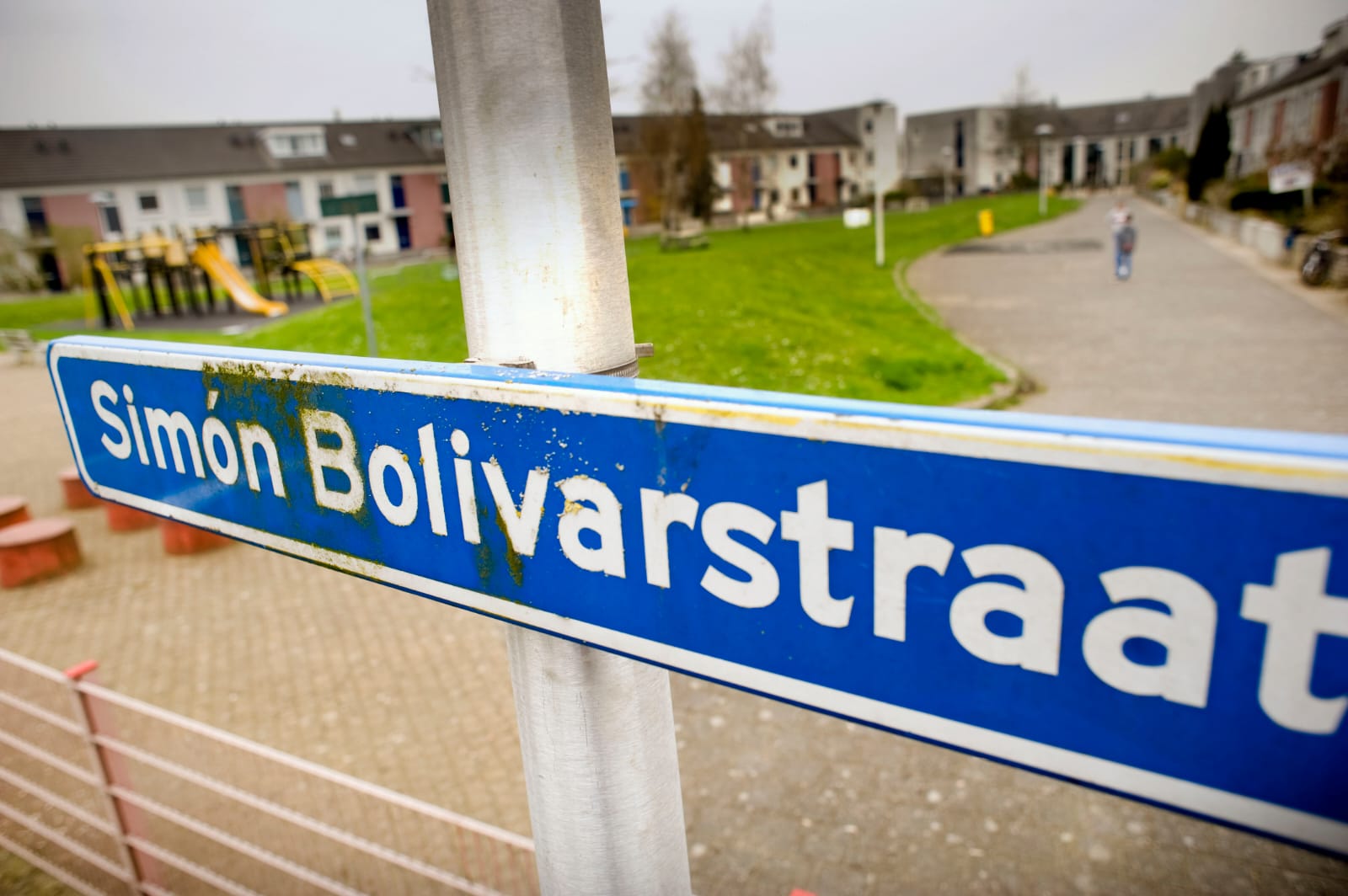 Once you enter Elena’s and Erik's home, you can tell that they both love Latin American culture. Books on indigenous peoples and Latin American films adorn the living room library, as well as paintings and furniture with Latin motifs, even two Nicaraguan rocking chairs stand out on the furniture.

As if that weren't enough, Elena teaches Spanish in her home, while her neighbours teach tango lessons.

As we went into the dining room, Cuban and salsa music played lightly in the background. So, we sat to eat, chat and learn from both Elena’s and Erik’s wonderful experience.

"It all started 40 years ago," Elena said slowly and smilingly in her perfect command of the Spanish language.

"40 years ago a twinning project began between Utrecht and the city of León, in Nicaragua."

But in addition, Elena and Erik excitedly recall their experiences of living and working with Nicaraguan solidarity movements.

"15 young people from here in Utrecht, from the solidarity with Nicaragua, went to León to build a community house in a poor neighborhood in that city," Erik told us.

But Elena, Erik and other young Dutch people were not only longing for revolutionary changes in Nicaragua in the 1980s, they were also aiming for a more just, equitable and environmentally friendly society in their own community in Utrecht.

"Back then it was not very common to see environmental conservation projects as today," said Elena, who explained that the Chernobyl nuclear accident in 1986 made them open their eyes and realize the need to create more sustainable communities. 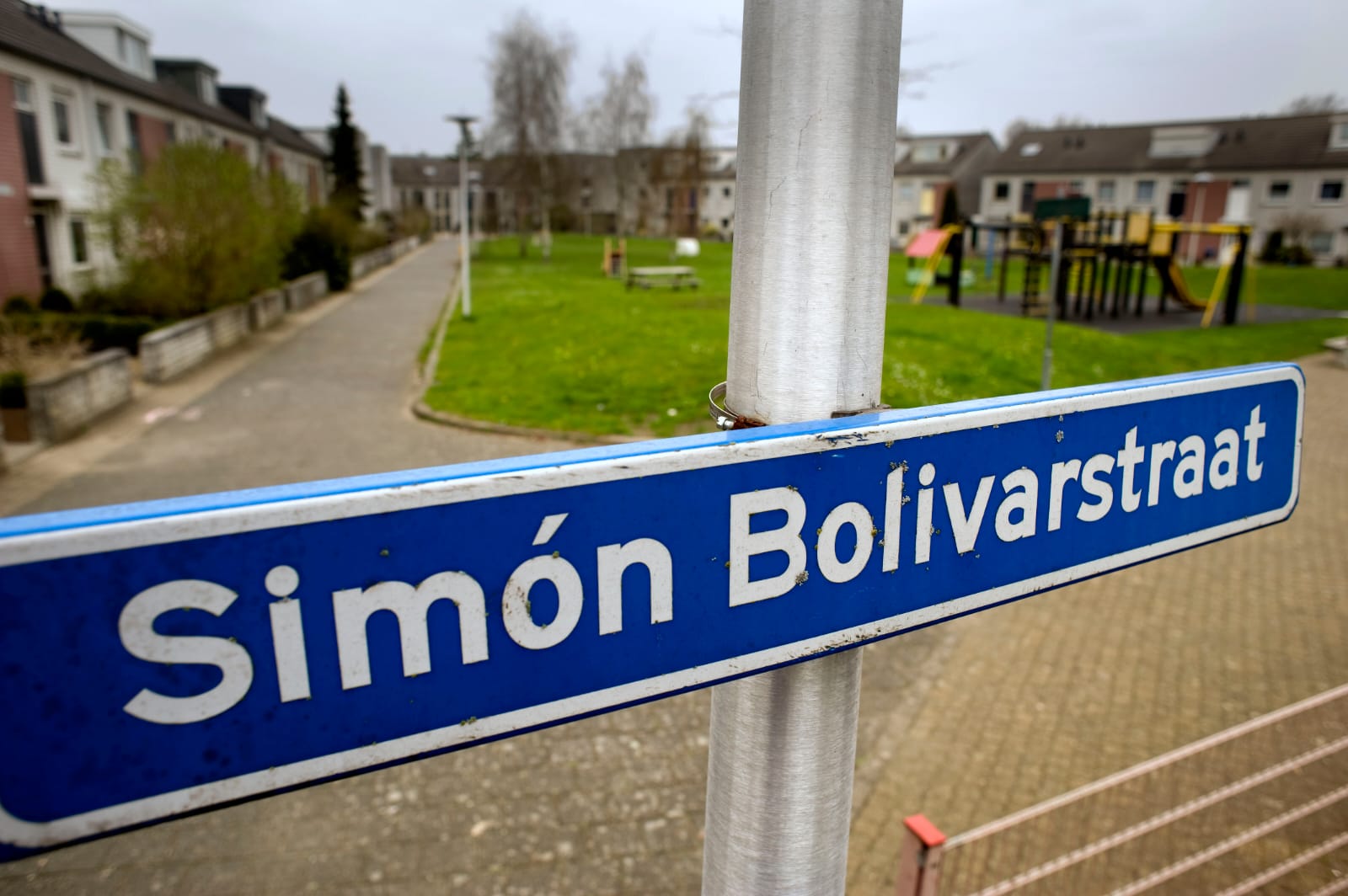 This is how those young revolutionaries, including Elena and Erik, ensured that the last 66 houses built in the Voordorp sector of Utrecht, where Simón Bolívar Street is located, were sustainable housing under the premise of the right to housing, of equal quality for all, whether they were owners or tenants.

This transformative project, which began at that time, includes, among other things, community kitchens and bathrooms to save water, fewer parking spaces for vehicles to encourage the use of bicycles, a communal garden and a community house for educational and cultural activities. But one aspect of this project that stands out is the Green Roofs project, which consists of planting grass on the roofs of the buildings to keep the houses cooler and save energy. Unfortunately, the Green Roofs could only be done on the community house, since it was too expensive for the houses.

How did the idea of naming this street after Bolivar come about? I asked in the middle of the conversation.

"The proposal came about 30 years ago, at the request of the Municipal Council of Utrecht, which wished to inform its inhabitants about the struggle for human rights in the world through street names. This effort was carried out in the new Voordorp sector, where the theme of the international Liberators was chosen. The responsible commission consulted with Amnesty International to obtain a list of names to be considered," Elena explained.

Elena and Erik also explained to me that in Utrecht the street names are thematized and sectorized. Thus, there are sectors where streets are named after scientists, while streets in other sectors are dedicated to composers and so on.

In the case of Voordorp, the streets are dedicated to the memory of "Libertadores" (Liberators). That is why the streets immediately near the Simon Bolivarstraat bear the names of: César Augusto Sandino, Archbishop Oscar Romero, Pablo Neruda, the Africans Agustino Neto and Samora Machel, the Indonesian heroine Raden Kartini and Curaçao’s Pedro Luis Brión, who accompanied Bolivar in the struggle for Venezuelan Independence.

"There is even a street nearby dedicated to Chico Mendes" Erik emphasized.

This is surely how Bolivar would like to be remembered in the Netherlands, in a community made up of neighbours and activists concerned about community welfare, in love with Latin American culture and dreamers of a better world.

As we said goodbye, Elena confided to me that, "unfortunately, there are many people on this street who are unaware of who Bolivar was.”

This piece was originally written in July 2017 for Ciudad CCS when its author, Álvaro Sánchez Cordero, was the Chargé d'Affaires of the Embassy of the Bolivarian Republic of Venezuela to the Kingdom of the Netherlands.

Currently, Sánchez Cordero is the Chargé d'Affaires of the Embassy of the Bolivarian Republic of Venezuela to Barbados and soon to be Venezuelan Ambassador to the Republic of Trinidad and Tobago.