No legislation for the Curacao diving sector (Curacao Chronicle, February 4, 2020)

WILLEMSTAD - "The Ministry of Economic Development has announced that they will start research on the diving sector on the island. Previously it appeared that of the nearly 100 diving schools on the island, only 25 are known to have gone through the audits and comply with the regulations set by the ministry which oversees the tourism sector.  Now there is no legislation for the diving sector which makes it impossible to require diving schools to comply with certain rules and regulations.

The Minister of Economic Development, Giselle Mc William announced that her Ministry is now going to map the diving sector in collaboration with the Curaçao Tourist Board (CTB)."

A vision and opinion

High standards within the Scuba Diving Industry, in my opinion, makes sense from a variety of different perspectives.  I would like to start with perhaps the most important aspect, safety.

According to various authors, scuba diving is a sport and recreational activity that has become one of the most important marine recreation enterprises for the tourism sector worldwide, with more than 1 million new divers coming into the sector annually.

During the last 50 years, different training agencies like YMCA, SSI, NAUI, SDI, and PADI just to name a few, have worked intensively to develop high international standards for a group of recreational divers who are not necessarily risk seekers, but rather passive observers of the natural environment and marine life. The development of these international standards has allowed for a relatively fast growth of the sport.

Safety is the key element if we want to ensure that scuba diving can grow into new markets allowing for the development of new diving destinations where scuba diving is a safe and relaxed adventure as the market demands.

In my opinion, the dive industry is not relatively safe, it is very safe, however, accidents still happen and the media coverage can greatly damage the reputation of a destination. In 2017 alone, there were more than 30 international headlines regarding scuba fatalities in the media.

These facts, combined with market growth, aging population and the inclusion of new groups like disabled people and/or children reinforces the need to adhere to the highest possible standards in the industry.

Another important reason to have high standards for the dive industry and other marine recreation providers is income possibilities. There are around 6 million active scuba divers and 20 million active snorkelers worldwide.  According to the recent Economic Impact study of the Curacao Diving Industry, conducted by the Curacao Hospitality and Tourism Association (CHATA), concluded that the diving industry contributes approximately $41,319,914 annually to the local economy. 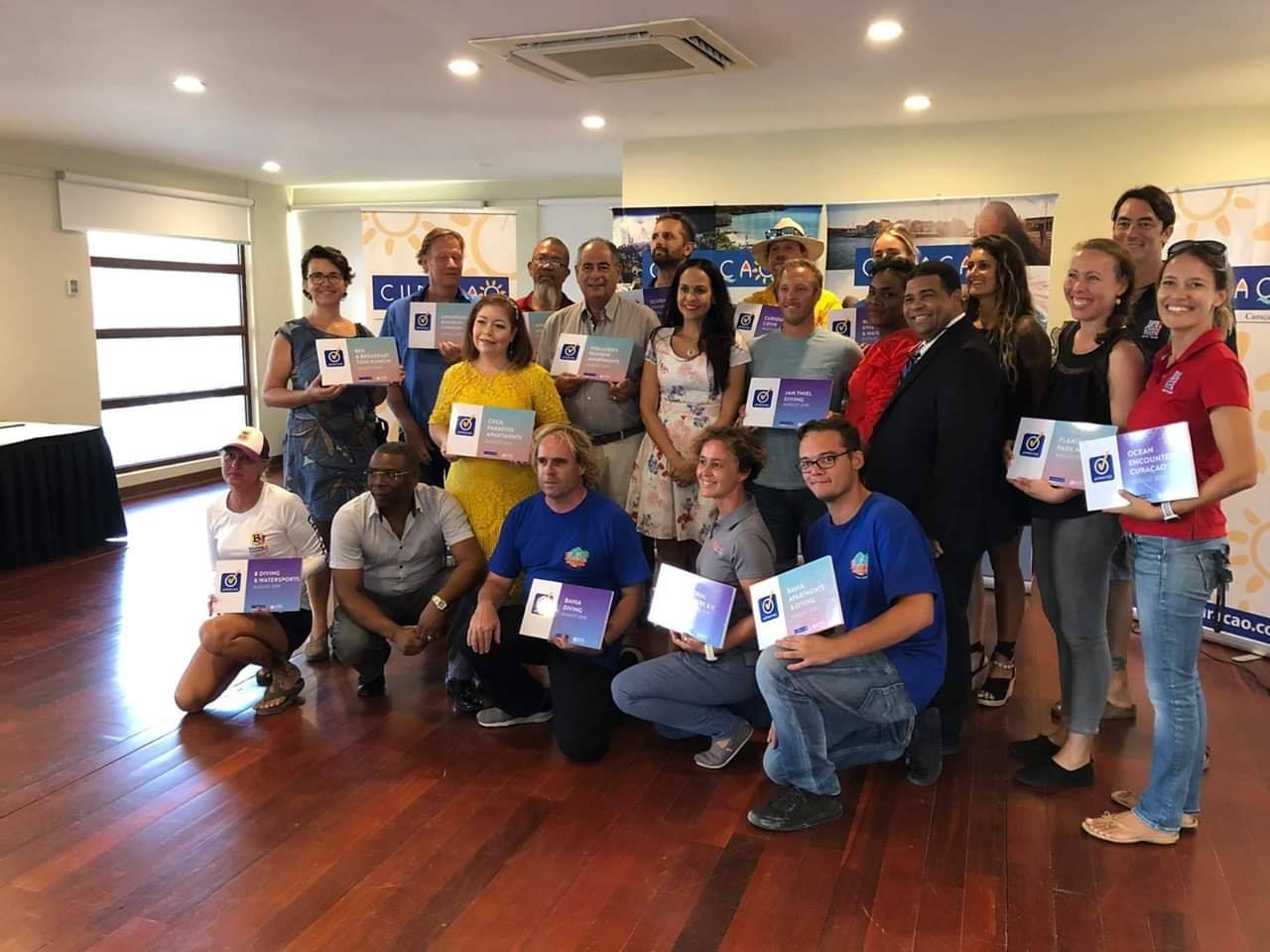 According to Miles Mercera, President and CEO of CHATA the contribution of the diving and snorkeling industry to our economy is huge:

“We have to take advantage of all the opportunities that this industry has to offer. We propose to promote Curaçao as a diving destination as well. There are still many people who are not aware of the undersea splendor of our island. CHATA wants to emphasize the efforts and contribution of the dive operators to our economy. It is important to protect the dive sites and to ensure a sustainable growth of this industry. The same way the operators take part in certification programs to raise their service level, CHATA urges the government to come up with initiatives and legislation that would change and strengthen the position of the dive operators. As the recent studies have shown, their contribution to the Curaçao economy is of great value.”

A study conducted by DEMA (Diving Equipment and marketing Association) in 2014 revealed that as much as 65% of those practitioners have an annual income of $100.000 to $150.000. Sixty percent complete college or grad school and 53% hold managerial, technical, or professional positions. Furthermore, 92% of them are homeowners and are motivated to travel in family groups. These characteristics make dive tourists a particularly attractive group.

But, this group demands quality, safety, and a level of service that can only be achieved by adhering to high international standards (ISO) as a industry and as a destination.

Last by not least, the environmental component. Coral reefs, such as the 104 square kilometers of extremely bio-diverse systems that surround Curacao, provide $375 billion USD in goods and services including $130 billion USD in coastal tourism. Yet, the estimated total investment in coral reef management and conservation is approx. $350 million USD worldwide. That means that for every $100 US dollars that the tourism industry generates in coastal areas, only about $0.27 US dollars goes toward marine protected areas management and conservation.

Users fees have been a long established method to finance coral reef conservation since 1992 when the Bonaire National Marine Park, managed by STINAPA, first introduced the concept. Since then, a good number of protected areas have been duplicating the system with diverse degrees of success. With no surprise, the single common factor among the areas that were successful in establishing reliable user fee systems was a high standard in the dive industry.

In times when Curacao is rapidly advancing toward more progressive marine management legislation, users fees seems like a unavoidable financial option and that is simply not doable without a mature industry working together under very high standards.

Special thanks to Mr. Ramon De Leon at Reef Support BV and to CHATA for assisting with the supporting information.  Additionally, I would like to congratulate the Curacao Tourist Board (CTB), the CTB Certified Dive Operators and the Minister of Economic Development, Giselle Mc William for taking the lead on this very important step towards an even safer and higher quality tourism product for Curacao which will undoubtedly increase the overall value for the Curacao Dive Tourism sector.