Peter Kroll: “In the future goods and services will be priced in gold and paid in Bitcoin” - an exclusive interview

WILLEMSTAD - Peter Krill has been calling Curaçao his home for more than 14 years now. He is active in the world of cryptocurrency, especially Bitcoin. In an exclusive interview with Curaçao Chronicle, Peter explains that he discovered Bitcoin while living here on the island. He is known in the Bitcoin community for his invention of the Bitcoin Paper Wallet, a simple way to keep Bitcoin away from hackers. His open-source project is bitaddress.org

Peter is the Director of BTC Curacao which is a think tank whose mission is to spread awareness and adoption of Bitcoin, a new global monetary standard, in Curacao.

“We promote Bitcoin using local marketing and on social media. We are also a source of education for the local Bitcoin economy. We strive to produce training materials and information in English and Papiamentu,” says Peter.

He says that they do research and evaluate wallets and exchanges and their suitability for the local market. They also donate to Bitcoin infrastructure projects like Bluewallet.io, Bitcoin Explorer, and Bitcoin Core.

“If people want to accept Bitcoin in their business, they can contact us by email or WhatsApp or Telegram and we will give them advice to point them in the right direction.”

To the question of whether Bitcoin is popular in Curaçao, Peter indicated that based on their Facebook, Instagram, and Telegram following, he estimates that 1% of Curacao people have savings in Bitcoin.

There are also more than 50 businesses that accept Bitcoin for payments. “I believe this will only grow.”

“People are beginning to understand Bitcoin as a Savings Technology. Most people are still confused about the price of Bitcoin fluctuating in USD. They are worried they will lose money. They have yet to appreciate Bitcoin is the first asset in human history with a fixed supply which means there will only ever be 21 million Bitcoin. And you can buy a tiny fraction of a Bitcoin called a satoshi. Throughout Bitcoin's twelve-year history the price has always gone up if you hold your Bitcoin for more than three years. There's no better long-term savings vehicle.”

“As Bitcoin's adoption as a savings technology grows the next phase in Bitcoin's network effect, the Spending Technology phase will begin. We are at an early stage of competition between Bitcoin and traditional payment systems (cash and bank cards). This technology is called the Bitcoin Lightning network. Educating the public and businesses on the Lightning network is a key part of our mission.”

Peter says that if someone on the island wants to buy Bitcoin, they have links on their website BTCCuracao.com to foreign exchanges where those who want can buy Bitcoin with a Visa/Mastercard or bank transfer. They can join the Telegram group @btccuracao to find someone who sells Bitcoin for cash. Also, Bitcaribe.net has a location at 81A Scharlooweg and they sell Bitcoin for cash or Visa/Mastercard.

There is also the possibility of mining Bitcoin. Peter indicated that Bitcoin mining is something that does not require permission from anyone.

“You need access to cheap electricity. For that reason, Bitcoin mining these days is mostly done at an industrial size and not done at home. Excess hydropower and liquid natural gas are common sources of electricity used for Bitcoin mining. In the future, we may see the growth of Bitcoin mining at home using excess solar power.”

Peter explains that Bitcoin owners in Curaçao can get cash. He says to join their Telegram group @btccuracao and post that they are selling Bitcoin for guilders. They will find someone who can meet them locally and make the trade.

They can get a Visa/Mastercard from some foreign banks that will accept top-ups in Bitcoin and convert the Bitcoin to USD or EUR on the card. They can use that card at an ATM to get cash.

Peter believes this is the future of the payments system. Some central banks already hold Bitcoin as a reserve asset in addition to USD and gold. It is likely that more will follow this trend.

“For everyday payments, I believe that during the transition to the Bitcoin Standard, the Bitcoin digital currency will be a complimentary option to cash and bank cards for a few more decades.”

To the question of what his opinion is about other cryptocurrencies, Peter indicated that Bitcoin is the original cryptocurrency. 125 million people own Bitcoins. It is leaderless because the inventor Satoshi Nakamoto left the project and disappeared after two years. There are 100s of developers maintaining the Bitcoin software.

When Bitcoin was launched, the initial coin supply was fairly distributed to anyone mining on the network. There are 50,000 Bitcoin miners globally. Most other cryptocurrencies do not use mining instead, they give the initial supply to the founders directly. They are copies of Bitcoin that serve no purpose, have no developers and no real-world usage.

When Ethereum launched 70% of the supply was allocated to the founders. Therefore, it and other cryptocurrencies will never be decentralized like Bitcoin.

The decentralization of Bitcoin means no government can interfere with its fixed supply, rules nor shutdown Bitcoin.”

Peter also indicated that Bitcoin is considered digital gold. Both gold and Bitcoin are sound money. Bitcoin has advantages to gold such as having no weight and being transportable across the world over the internet in minutes.

You can store your Bitcoin private key etched in metal so Bitcoin can share all the advantages of metal such as being physically verified, waterproof, and fire-resistant.

The advantage of gold is that its value has been stable for hundreds of years. Therefore, in the future, Peter believes that goods and services will be priced in gold and paid in Bitcoin.

To the question of why he recommends Bluewallet.io for storing Bitcoins versus other wallets, Peter says that Bluewallet is open source meaning it will be available long-term. It connects to the Bitcoin network directly from a mobile phone. The backup recovery phrase from Bluewallet can help access funds from another wallet if ever needed. “The government is not able to freeze your Bitcoins nor can it block access to your wallet on the Bluewallet compared to other wallets such as Coinbase and Blockchain. Bluewallet is the most user-friendly wallet and reliable.” 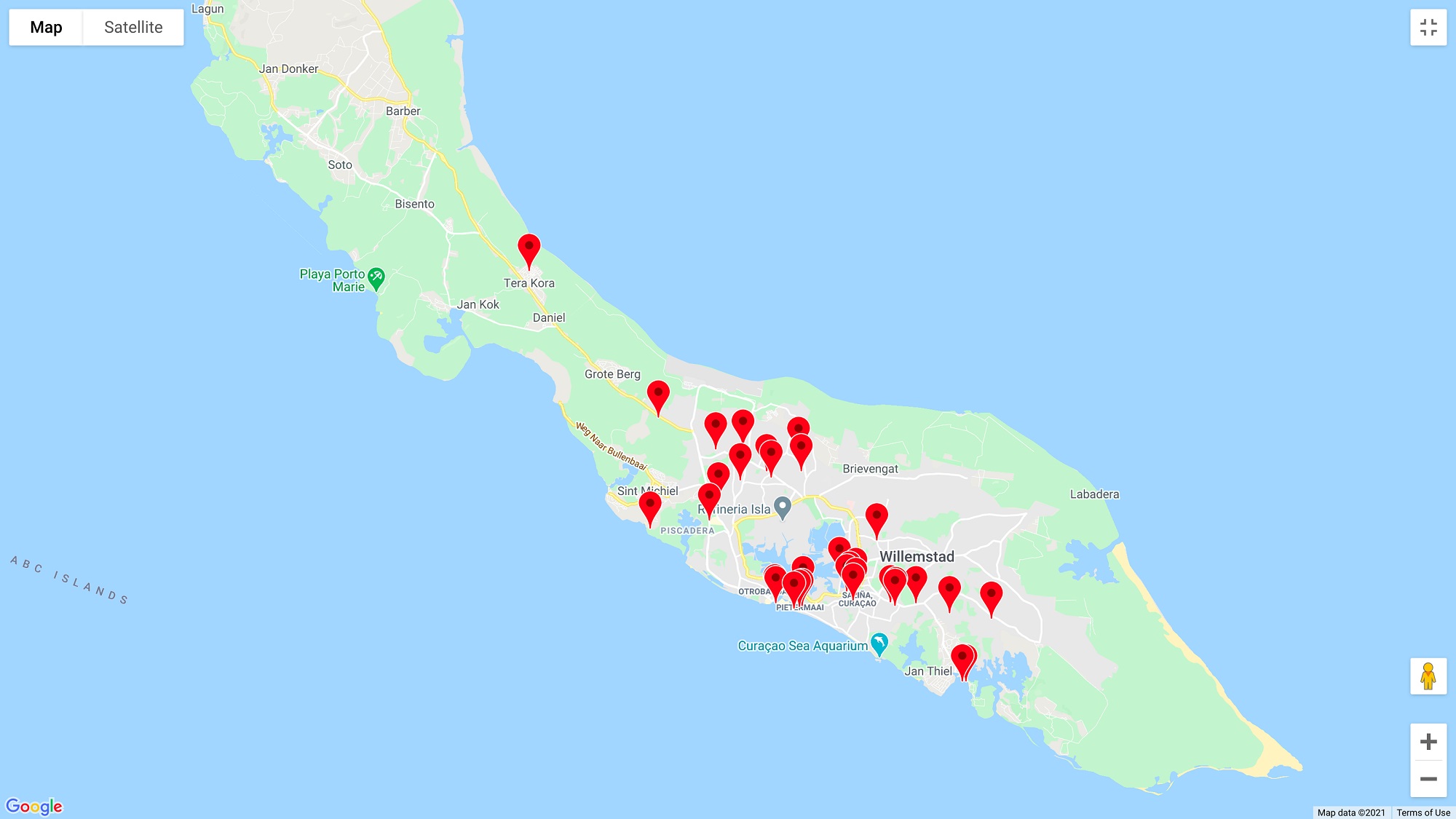 Locations in Curaçao where Bitcoin is accepted (courtesy of Peter Kroll)