WILLEMSTAD - A Metal Shark patrol boat of the Coast Guard support center Aruba, in collaboration with the flying units of the Coast Guard, intercepted two boats last week, confiscating a total of more than 500 kg of contraband.

Two Colombians, a Venezuelan and two Arubans have been arrested. The drugs and the suspects have been handed over to the 'Organized Crime Unit' of the Aruba Police Force (KPA), which is investigating the case further. 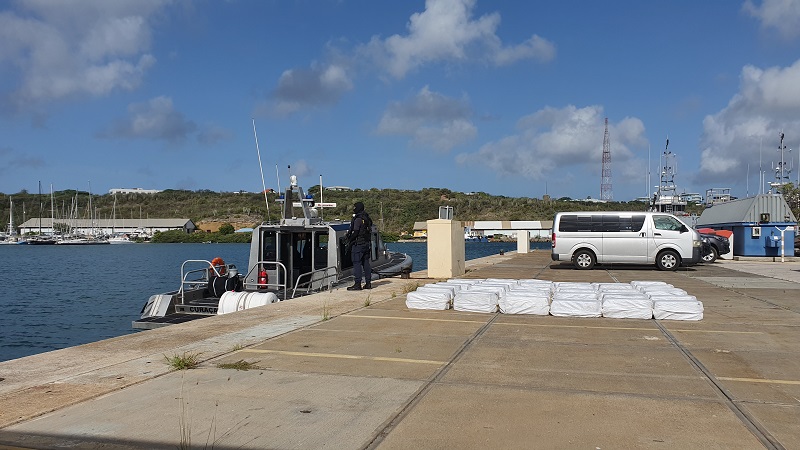 Last Thursday, Zr.Ms. Groningen, sailing for the Caribbean Coast Guard, intercepted another drug transport. This was done through coordination from the Maritime Operations Center (MOC) in conjunction with the coastguard helicopter and coastguard aircraft. In this action, more than 1000 kg of contraband was seized and five Venezuelans were arrested. The contraband and the suspects have been handed over to the Curaçao Police Force (KPC) for further investigation.

With this latest action, the Coast Guard's interception counter will reach six within three weeks. The total weight of contraband seized during these six actions is more than 4 tons. Drug control takes place in close cooperation with the local chain partners such as the KPC, KPA, BOT K-9 of the KIA, Guarda nos Costa, Customs and immigration services.