“We discussed a variety of issues of mutual interest, including the crisis in Venezuela, its impact on the refinery, and Curacao’s role as a humanitarian hub for aid for Venezuelans; an effort supported by the United States Agency for International Development (USAID). This important visit amplifies our shared commitment to increase security, prosperity, and wellbeing of the people of the United States and Curacao,” Consul General Hawthorne said.

Congressman Sires is the Chairman of the Western Hemisphere Subcommittee of the Committee on Foreign Affairs and also serves on the Subcommittee on Europe and Eurasia, as well as the Committee on Transportation and Infrastructure. He is focused on improving human rights and freedoms across the globe and building international partnerships to improve security in the United States. 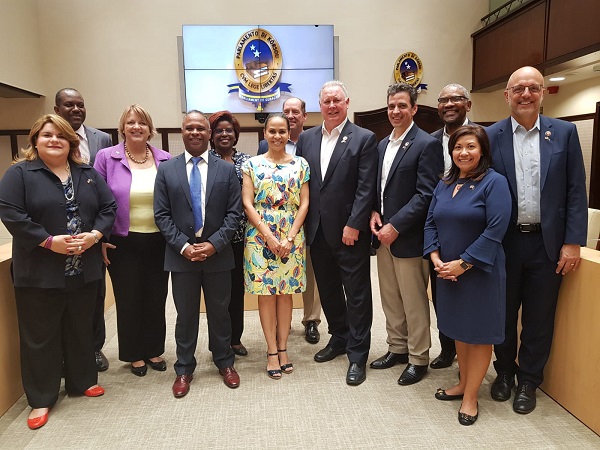 
Premier visits Port of Rotterdam; is positive about future cooperation
By Correspondent Jan. 23, 2020