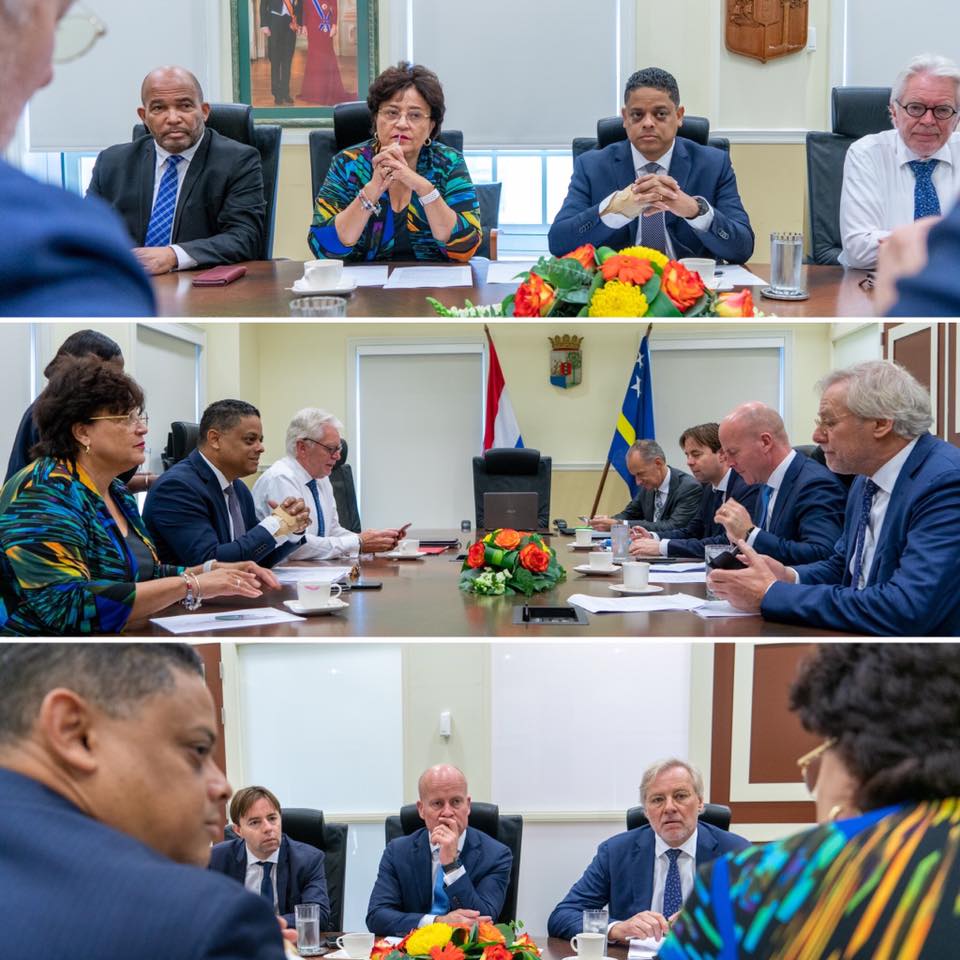 The Prime Minister and the Minister of Kingdom Relations, together with the Minister of Finance and Public Health, as well as Director General Kingdom Relations Mr. Henk Brons and the Representative of the Netherlands in Willemstad Mr. Erwin Arkenbout, spoke during the administrative consultation on various current issues. The discussed topics such as the prevailing uncertainty surrounding the impact of the Venezuela issue, the financial support offered from the Netherlands and the recent developments within the financial institutions of Curaçao.

The delegation also extensively discussed, together with members of the Project Management Organization (PMO), the Growth Strategy and the agreements made within the Growth Agreement.

The government in Curaçao is currently implementing various projects and teams that are focused on achieving the set objectives within the Growth Strategy, in order to turn the tide of the financial and economic situation in our country.