Parliament agrees with 25% cut back on fringe benefits

WILLEMSTAD - The motion to cut back 25 percent of the fringe benefits of Members of Parliament has been adopted. It was voted on today.

The motion was passed by 17 votes. Menki Rojer of opposition party Korsou di Nos Tur voted against and Amparo Dos Santos from the same side was present but for some reason, his vote was not valid. It is not yet known exactly how the 25 percent is calculated and what will be reduced. 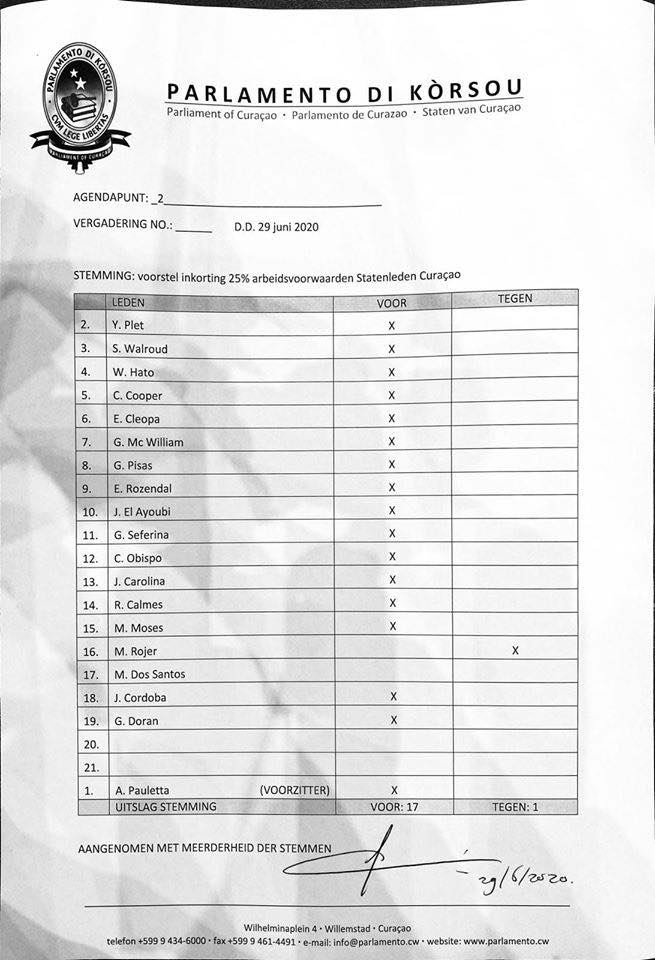 
Complaint filed against Member of Parliament Menki Rojer for sedition
By Correspondent July 8, 2020