WILLEMSTAD - EUROPE DIRECT Curaçao, the European Union Information Center, organized its first live events in Curaçao last week. There were four seminars that were part of the conference. Member of the European Parliament Ms. Samira Rafaela gave the introductory lecture for all four seminars. The sessions were led by Germaine Rekwest (UoC) and Steven Damiana (KvK), who both act as managers for Europe Direct Curaçao.

The first seminar took place in the auditorium of the Curaçao Chamber of Commerce and was entitled 'The common challenges & priorities of the Dutch OCTs and the EU'. Lectures were given by Paul Comenencia (State Council of the Kingdom at the Council of State), Jaime Saleh (Minister of State), José Jardim (CBCS) and Judric Pietersz (Deputy National Authorizing Officer for European Funds).

The second seminar, which took place at and in collaboration with the University of Curaçao, focused on a dialogue with young people about EU matters. The students were especially interested in the possibilities that Europe offers to do student exchanges. Law student Sue-Shantely Lourens, who has just returned from an internship in Brussels at OCTA, the Overseas Countries & Territories Association, shared her experience with the students present. Moderator Wil Willemsen guided the students in formulating a personal priority in the European themes.

The third seminar focused on the European orientation in education, which was led by Wil Willemsen, initiator of the European Parliament Ambassador School (EPAS).

Participants in the session were local stakeholders and school boards in education. This seminar was organized in collaboration with the UoC.

Images and conclusions of our seminars will soon be shared via our social media channels through Facebook, Instagram and Linkedin. 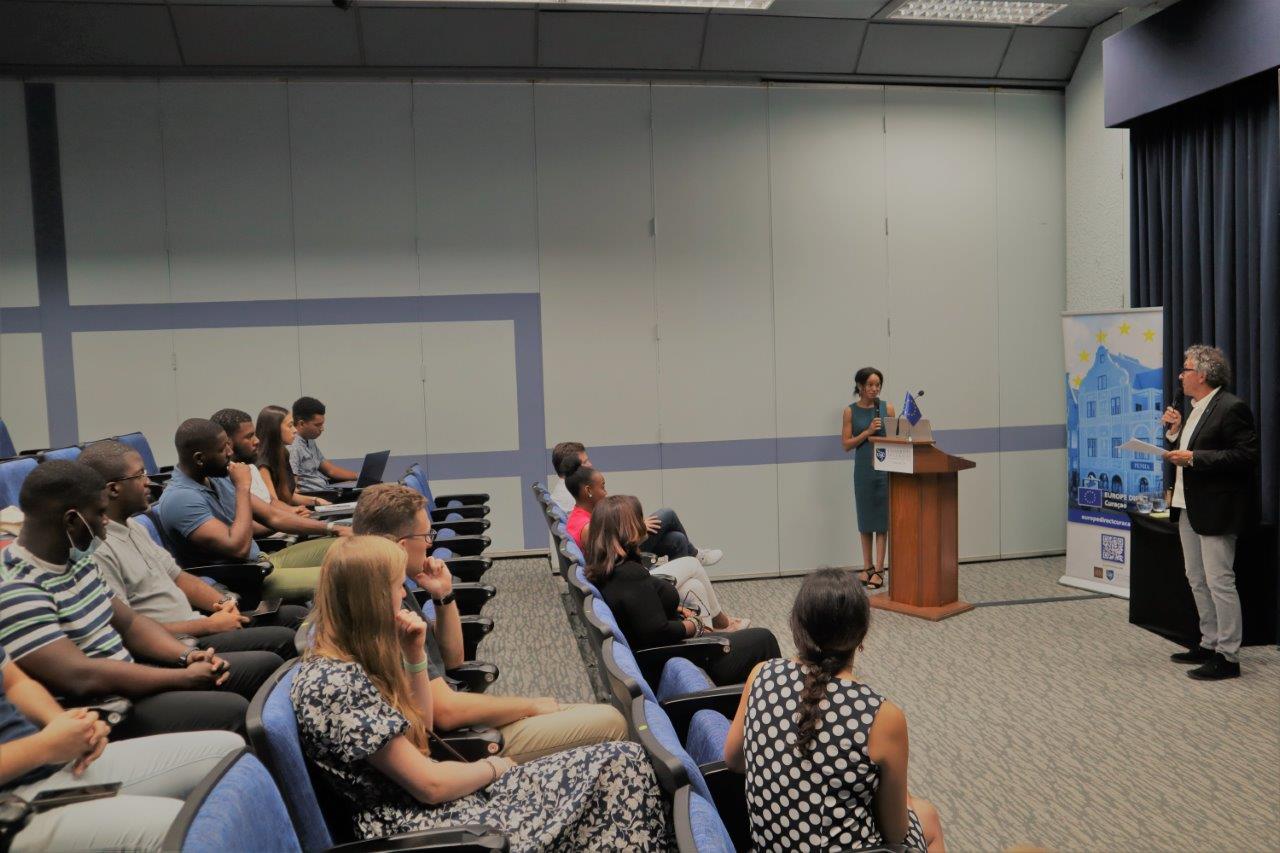 Europe Direct Curaçao, an initiative of the Chamber of Commerce & Industry in Curaçao and the Stichting Caribische Belasting en Europawinkel (CBE) has been launched since May of this year. The establishment of EUROPE DIRECT CURAÇAO is financially supported by the European Commission, the executive committee of the European Union. Those looking for information about the European Union usually don't know where to start. The European Commission has therefore set up an information network. This network has been active throughout the EU under the name of Europe Direct for some time, but not yet in the Caribbean region.


Parliament agrees with COHO report
By Correspondent May 19, 2022