WAGENINGEN - Researchers from the Van Hall Larenstein Hoge School, the University of Wageningen and the Wageningen Marine Research have found a new substance with which Diadema sea urchins can settle on coral. This is announced by the Dutch Caribbean Nature Alliance DCNA.

Success has been achieved in collaboration with the Saba Conservation Foundation with a new supplemental substrate that attracts sea urchins to adhere to the coral. This seems to be an important step towards the recovery of sea urchins on coral reefs and therefore also the coral itself. 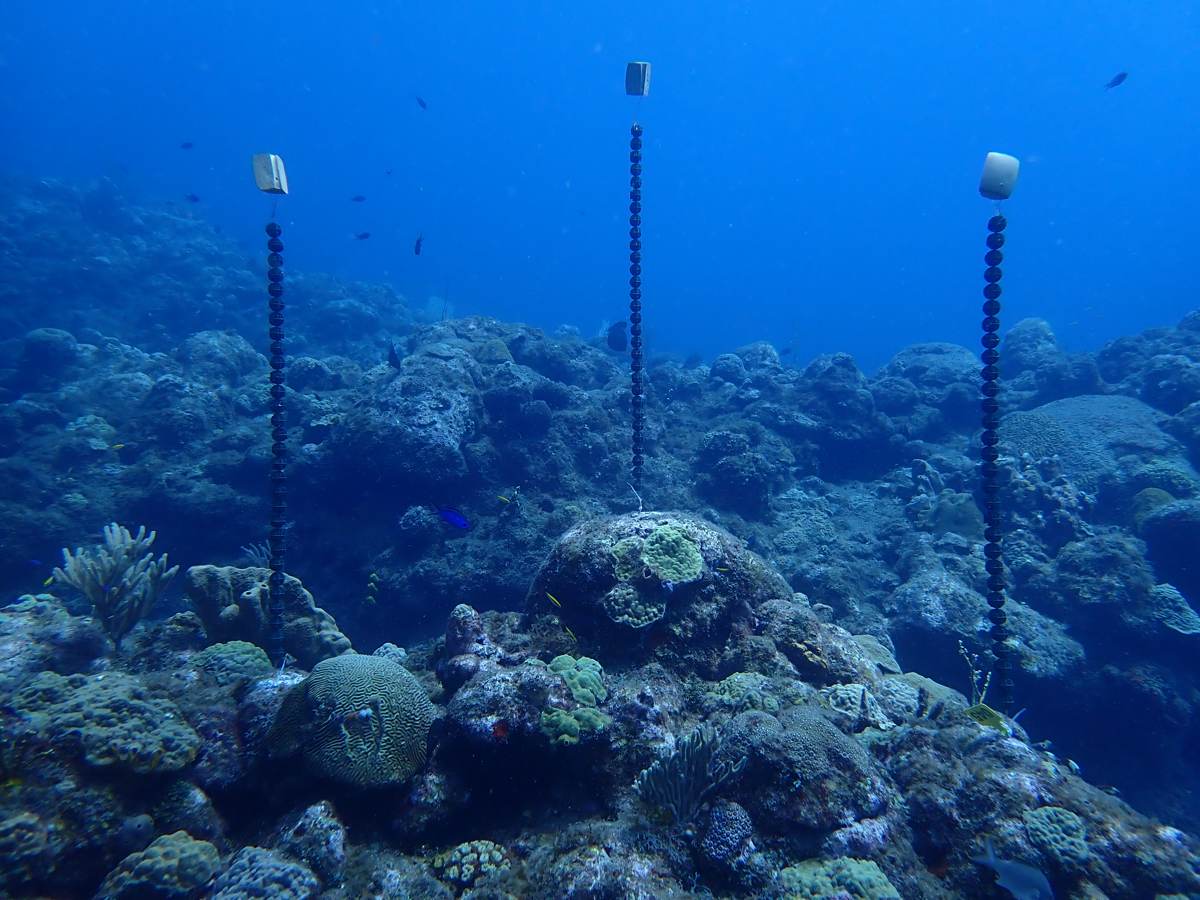 The deterioration of Caribbean coral reefs began in the 1970s when diseases devastated the region's major reef-building corals.

These problems were then accelerated when the most common herbivore, the Diadema sea urchin, began to die off en masse in the 1980s. Within days of the Diadema's demise, macroalgae began to dominate the Caribbean substrate coral reefs.

This shift from coral-dominated to macroalgae-dominated reefs has had devastating effects on biodiversity and the overall health of the reef.

The natural recovery of the Diadema sea urchin has been slow. A new method of assistive recovery of sea urchins, called Assisted Natural Recovery, uses techniques similar to land reforestation.

The concept is centered around the idea that by removing barriers to natural recovery, succession can be accelerated.

Previous studies suggested that the recovery of Diadema sea urchins may be limited by a lack of suitable habitat for their larvae. Algae-covered reefs lack a clean substrate with fresh biofilm, which is believed to be the key to new settlement.

Bioballs are normally used in aquarium filters and have a large surface area. A previous study, conducted in the same project, showed that this material is very effective in tracking the settlement of sea urchins.

These streamers provided areas for the sea urchin larvae to attach and protect them until they were large enough to migrate to the reef.

In April 2021, six areas of recovery reefs have been selected off the coast of Saba, three of which have been fitted with bioball streamers and three have been left untouched and acted as control.

At the end of the study, reefs with bioball pennants were shown to have significantly higher Diadema urchin recruitment densities than those without, highlighting the importance of a settlement substratum for natural recovery.

Unfortunately, the improved recruitment rate did not match a recovered population. The recruits rarely grew larger than 20mm, suggesting that they are being eaten by natural enemies and thus limiting natural recovery.

Once a recruit grows over 5mm in size, they outgrow the bioball and must move to the reef, where they are vulnerable to natural enemies.

With the latest news of massive Diadema deaths, park managers are desperate for ways to protect the future of sea urchin populations in the region.

The new approach of Assisted Natural Recovery may be one of the ways to help Diadema sea urchins recover in the future.

Researchers of the RAAK PRO Diadema project are now working on an optimization of the method. However, future recovery of this sea urchin species will depend largely on the magnitude and mortality of the new deaths currently occurring in the Caribbean.

Reports of these deaths have already been registered on Saba, St. Eustatius, St. Maarten and Curaçao. Endangered reefs are struggling to contain the spread of the macroalgae, and the continued loss of herbivores would only exacerbate these problems.