WILLEMSTAD - Fuego, the first Esports organization in Curaçao and by extension the Caribbean, placed 4th in an international professional video gaming finals in Mexico City, the Free Fire League Finals. Free Fire is a massively popular game (with 450 million users, it even rivals Fortnite in popularity). Participating in these finals was a historic achievement as this was the first time a Caribbean team competed in an international tournament in the Esports industry. 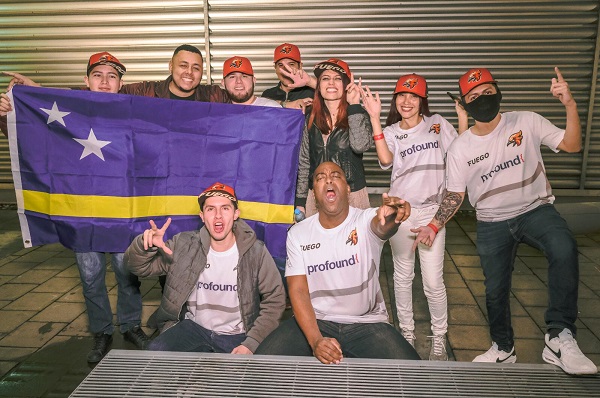 In case you’re wondering “But what is Esports?”; it is an industry of professional video gamers, and it is immense. It holds many tournaments on big stages around the world that attract more viewers than the league finals of certain physical sports (such as the NBA) and draw the involvement of many big brands (such as Audi, Gillette, Logitech, Geico, RedBull and MasterCard). And no less important; it also awards millions of dollars in prize pool(s) to the participants.

Fuego’s Free Fire team has had a very good run in the Free Fire Pro league and thus qualified for the regional finals. This tournament was played in a big venue in Mexico in front of a large audience, and had a total of 10 million views online. “It is important for people to realize that professional videogaming is recognized as an actual sport in various countries and that it can be a life-changing career.

Our performance in this final is a big achievement for Fuego and I am very proud of our team. I am especially proud of the fact that we put Curaçao’s name out there. It has been almost a year since we officially launched this Esports organization and it is amazing how much we have accomplished so far. This is just the beginning, expect way more from Fuego!” - Jeff Macolonie (Founder of Fuego).


Government plans insufficient for a full recovery
By Correspondent July 10, 2020