WILLEMSTAD - Employees of waste processing company Selikor have blocked the road this morning at Parera and at Nieuwe Haven. They did this out of dissatisfaction with the management of their company.

The police are diverting traffic. The action had major consequences for the morning rush hour. During the action, the cars can either take a different route or wait until the employees decide to unblock the roads, which won’t happen for now.

There has been dissatisfaction among the employees for a long time about the policy of the management that, according to the angry employees, would violate labor rights.

According to the union leader, Errol Cova, the government owes money to Selikor. “Selikor is an independent entity and it is not being subsidized by the government. The government should be treated as a client,” said Cova in an exclusive interview with Curaçao Chronicle.

According to Cova, the management of the company has threatened to lay off employees if the government does not pay. “We will not accept this threat! This is the reason why we are on strike today.”

During the interview, Cova was preparing to meet with Selikor’s management and the Minister in charge. Cova emphatically stressed that the roads will not be unblocked until the government can give a guarantee that they will pay and that no one will lose their jobs. 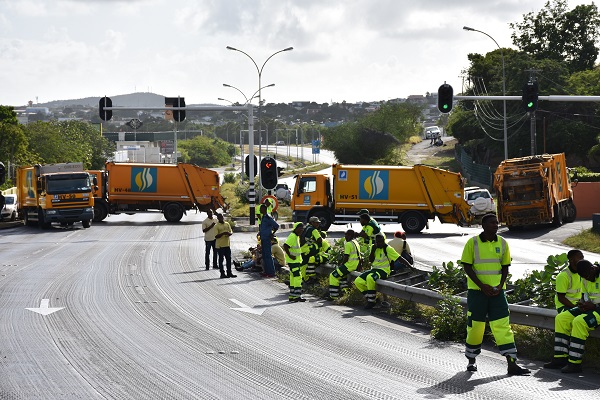